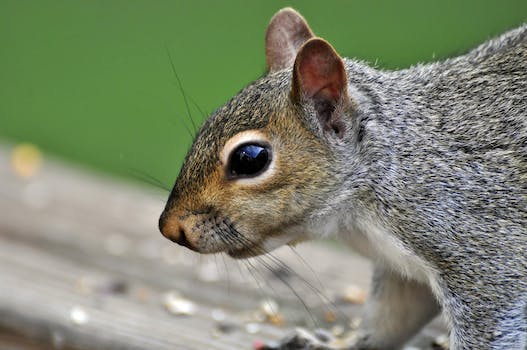 Too cute to prosecute.

When you’re waiting in line at the convenience store it’s pretty hard to resist those shiny, colorful packages of candy, tempting you with all their chocolatey goodness. So who could blame a couple squirrels for swiping a few bars when nobody’s looking?

At least two squirrels have been spotted pilfering candy from a store in Toronto, Canada. The rodents have been filmed sneaking into the store and grabbing treats for several months now.

Cindy Kim, the daughter of the store owners, eventually turned to reddit for suggestions on how to stop the little thieves. Now obviously they could hire an exterminator, keep the door closed, or move the candy someplace else, but where’s the fun in that? Instead why not just ask the Internet to pay for the squirrels ill-gotten gains and keep those videos coming?

From the squirrel’s perspective, that’s probably the best possible solution. Now if only someone would buy this seagull a bag of chips.