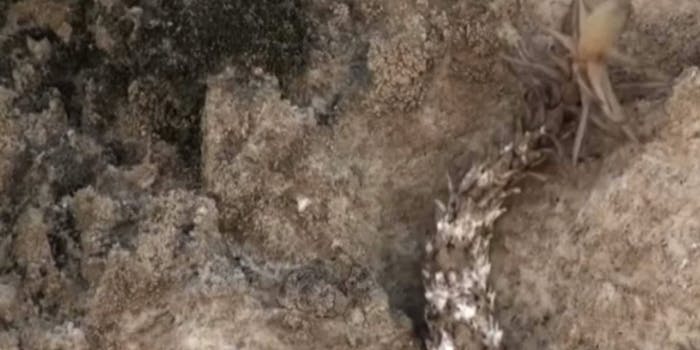 This spider-tailed snake is the very definition of ‘nope’

Kill it with fire.

Not only is evolution a fact, that shit is fucked up: Less than a decade ago, scientists stumbled across Pseudocerastes urarachnoides, or the spider-tailed horned viper—an Iran-dwelling species with a crafty and horrifying method for attracting prey.

The aptly named reptile has an elaborate bit of arachnid-shaped finery at the end of its body that it wiggles around to attract, say, a delicious bird. Once an unsuspecting victim takes the fake-spider bait, the rest is too easy.

Yeah, this has to be GIF’d to be believed.

Try to avoid falling into a pit of these venomous monsters, OK?