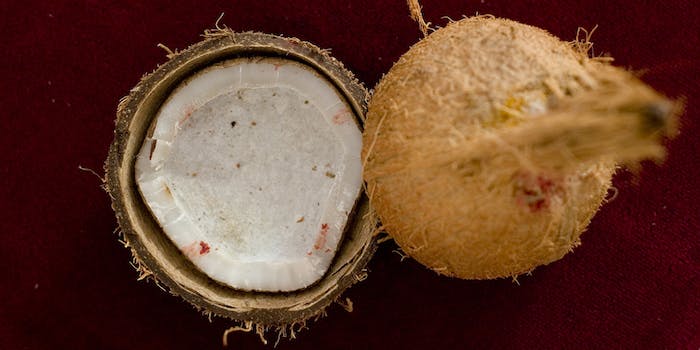 Get your notepad out!

In a very sexy corner of the Twitterverse, one user is doling out advice for folks to use in the bedroom that has everyone going wild: “spell COCONUT with your waist,” user @_lexwil wrote. The tweet set off an entire “spell coconut” craze and has been liked over 200,000 times since it was posted.

spell COCONUT with your waist

Twitter users wasted no time responding, with some men giving the advice a nod of approval and ladies pulling out their notebooks to jot down notes. And they’re not leaving much to the imagination.

“By the time you spell coco I be ready to nut,” one user wrote.

Some users are even on the lookout for more tips.

“Me looking for more tips cause this just changed my life,” another user wrote.

It’s not the first time “spell coconut” has been a thing the internet. According to Know Your Meme, user @danielmaven tweeted the half-serious advice in February. It reemerged this summer with a discussion from a Kenyan Facebook group called Kilimani Mums Udaku Zone KMUZ.

So far, @_lexwil hasn’t shared any more advice and has instead opted to ask her newfound fans to follow her on social media. It is likely that many will be follower her with a notepad and a pen.