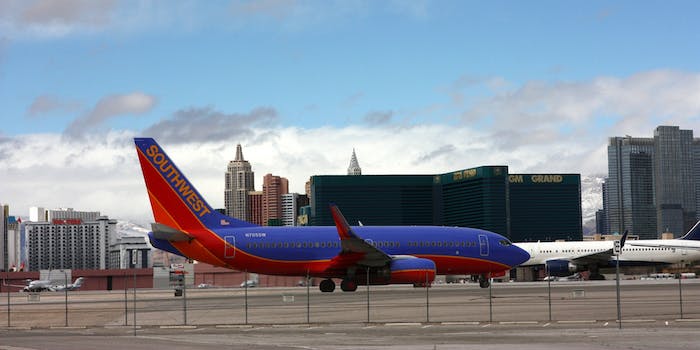 Attention passengers, this is why you want to fly Southwest

A flight attendant adds some commentary to an outdated script.

Things must get monotonous for an airline crew. Day in and day out, they’re required to recite the same script during the in-flight safety announcement that most people probably don’t pay attention to anymore, and more recently, they’ve tried spicing things up by performing a revamped safety video live, trying out a standup routine, or throwing out some dad jokes.

This time around, we have a male flight attendant on a Southwest Airlines flight from San Francisco to Chicago, and he’s all sass as he throws out zingers like “in the event you haven’t been in an automobile since 1960, flight attendants still have to show you how to fasten a seatbelt” and instructing passengers that deflated life vests aren’t toilet seat covers. It’s great for him, even if he’s the only one laughing.

He’ll be here for the next three hours, folks.