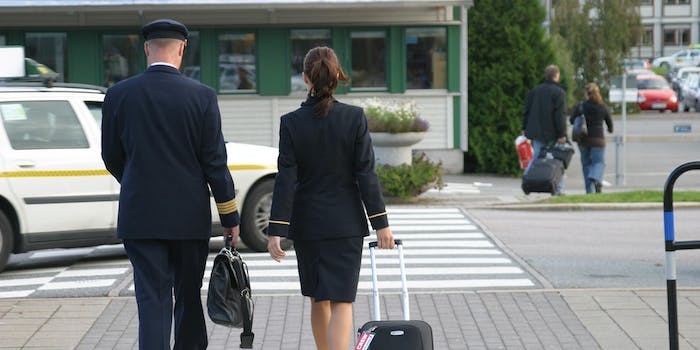 If you don't know I Dream of Jeannie, you're not gonna get it.

Who knew that Southwest Airlines had so many comedians behind the scenes?

Just a couple weeks ago, a flight attendant tried out her comedy routine during the safety demonstration. And now, another Southwest Airlines employee is trying out his comedy chops.

This captain is killing a few minutes while he waits for the paperwork needed for take off, and his routine, which encompasses the kind of jokes your parents tell you that make you groan during the holidays, is a hit with the older crowd. The younger passengers? Not so much.

If you don’t know anything about I Dream Of Jeannie, this routine might fly over your head. But how is that any different from most of your dad’s jokes?