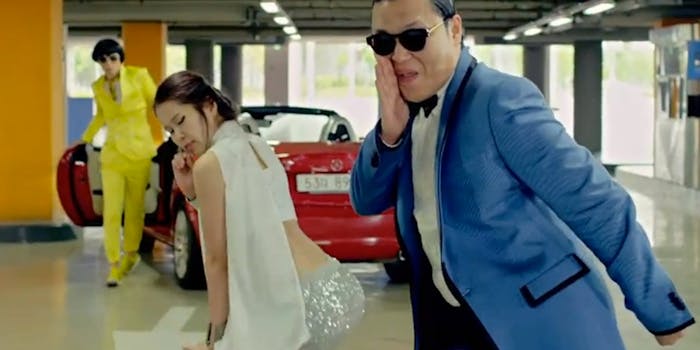 Also available: errant commenting, anonymous trolling, and all the other great amenities available to YouTubers who’ve long had full access to the video sharing site.

The news comes after a three year period in which the East Asian country had established laws forbidding Web users from posting comments and material onto the Internet. The policy affected 150 sites that saw more than 100,000 visitors each day, including YouTube.

Rather than build a customized site to accommodate the South Korean law, Google decided to block commenting and uploading entirely. For three years, South Koreans were free to watch any video they pleased, but couldn’t use the site in any other way. (It’s under-the-table knowledge that plenty of South Koreans would log in to the site using another country’s version, giving them illicit access to YouTube’s full set of features.)

South Korea abolished the law two weeks ago, leaving YouTube to announce yesterday that it had lifted the longstanding upload embargo.

South Korea boasts a population of 50 million and has a behemoth of YouTube glory on its hands in K-pop, the rapidly erupting pop musical sound that’s native to the country.

This summer’s most massive K-pop hit, PSY’s “Gangnam Style,” broke through to the West this summer and recently eclipsed the 100 million views mark. Its success has spawned more than its fair share of parody and knock-off videos, all of which have come from places outside of the Korean border. (It’s not clear where PSY’s YouTube channel is based.)

Now that South Koreans are free to upload videos, we may have to add a few amendments to our Best Parodies list.