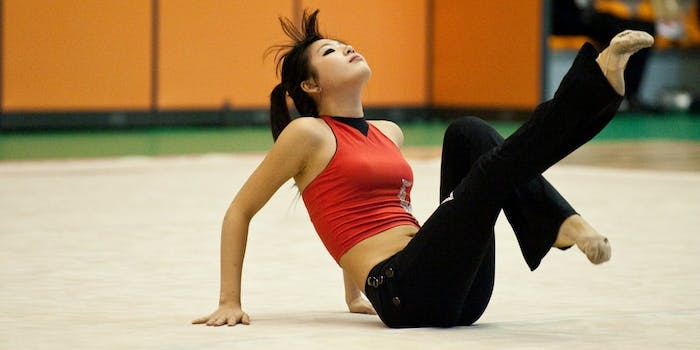 She'd be a force on the pitcher's mound.

When it comes to first pitches at baseball games, the Internet gravitates toward lowlights instead of highlights. Think Bob Costas or 50 Cent or former Cincinnati mayor Mark Mallory or whatever the hell this is.

But when someone is so spectacular at tossing the ball—when they wow us with a move that has never been witnessed on a baseball field—we need to celebrate their accomplishment. It is in that spirit that we present Shin Soo-ji, a South Korean rhythmic gymnast, who threw out the first pitch before last Sunday’s game between the Nexen Heroes and the Doosan Bears.

This wasn’t Shin’s first time wowing a crowd on a baseball field. Although her performance in 2013 was a little more elementary than her offering last weekend, that pitch was still impressive.

While her first-pitch stylings are remarkable, she’s beyond phenomenal when she’s in her element. Here’s her performance at the 2008 Beijing Olympics, in which she finished 12th in the individual all-around competition.