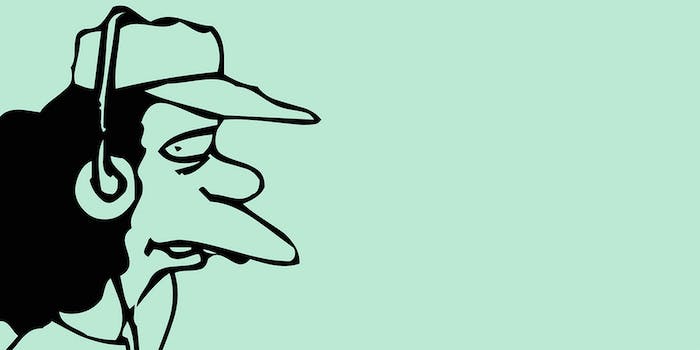 Nostalgia tech is a double-edged sword.

We’re only a week into 2015, and yet there’s already one major comeback story in the works: that of the Sony Walkman.

Revealed at the latest Consumer Electronics Show, Sony’s NW-ZX2 high-resolution Walkman looks to be top of the line in modern music devices. And although CES always stirs up news for upcoming products, the ZX2 has gotten a lot of press, considering it’s a descendent of a device which is notorious for being the musical equivalent of Big Bird—large, clunky, and yellow.

But no matter how great the new Walkman is, something seems off about it. In fact, even if it’s the best piece of audio equipment out there today, that doesn’t mean it’s going to be a big hit for Sony. Because while the new Walkman may be superior technology, that’s also exactly why most people won’t buy it.

This actually isn’t even the first time Sony has tried to reboot the Walkman. Last July, they introduced the NW-ZX1, a $300 device that essentially served as a precursor to the ZX2.

But if the ZX1 was a little piece of heaven for audiophiles, then by all accounts, the ZX2 appears to be nothing short of nirvana. Built from an aluminum alloy frame and featuring matte black casing, a sleek gold headphone jack, and an elegant touchscreen display, the ZX2 also comes equipped with a microSD slot in case you need more than the standard 128 GB of storage space (it can expand up to 256 GB). It supports MP3 files of course, in addition to DSD, WAV, AIFF, FLAC, Apple Lossless, and various other systems, too. Moreover, it supports Bluetooth and NFC for wireless streaming and connection to speakers or headphones, not to mention that the ZX2 allows you to install your favorite media player, via the Google Play store.

It also has Google Cast compatibility, widening your options for connection even further. Then there’s the battery life, which offers up to 60 hours of playback—a huge improvement from the eight offered by Sony’s last Walkman. Finally, the high-res audio comes courtesy of a top of the line digital amplifier, and apparently the device will upgrade the sound quality of streaming sources which are not high-res for you.

If there are downsides in terms of the technology itself, they are few. For one, the high-res audio files that the ZX2 was built to house take up more space than your average audio files. That’s par for the course, but slightly more vexing is the issue of the ZX2’s relationship with Android. Right now, the device runs on 4.2 Jelly Bean, which debuted all the way back in 2012.

But more than anything else, it’s the ZX2’s price tag which is its biggest issue. Conflicting reports have the ZX2 costing somewhere between $1,120 and $1,200, which, either way, is a lot of money for pretty much anyone. Especially since what you’re buying is essentially a really, really, really expensive iPod.

Except that it isn’t. Saying the ZX2 is much nicer than a typical MP3 player is an understatement, since its capabilities go way beyond that of the typical or even advanced MP3 player. The problem is that the market for a device like this remains so small. Other than “rich people, audiophiles, and rich audiophiles,” there simply isn’t an answer to the question of who’s going to buy this thing. Consider that if the average smartphone user wants to play music on the go, they’re generally able to do so off their mobile device, and anyone who can’t afford a smartphone probably can’t afford a Walkman that costs upwards of $1,000 either.

In all fairness, there does seem to be some increased interest in high-res listening devices lately. ALO Audio manufactures a music player that is $2,500. Then there’s Neil Young’s Pono Player, which costs a much less steep $399. “It’s probably a stretch to say that the MP3 player is back, but it’s not for lack of trying,” notes the Verge. “The resurgence in media players isn’t completely arbitrary. A number of companies have started turning their attention to high-quality, high-bitrate lossless audio, which has been made viable by the enormous storage capacities and fast download speeds afforded by modern devices.”

However, when it comes right down to it, people will generally take lesser, more convenient technology over superior, more expensive devices. Some food for thought: The average American actually listens to around four hours of music a day. But somewhat surprisingly, 52.1 percent of that music is listened to on broadcast radio. Talk about outdated technology, right? Surely, this is all old people, you might think. Well, young people aren’t likely to make the new Walkman a hit either, and not just because they haven’t heard about the old one. Teens tend to consume most of their media on mobile devices, making it unlikely that they’re going to spend whatever money they do have on a $1,000 music player.

Speaking of mobile devices, it’s worth mentioning that there are several which offer high-res audio, like Sony’s own Xperia Z3. However, these types of phones a) are generally fairly expensive, b) mostly appeal to a niche who values mobile media extremely highly, and c) still aren’t as nice as the Walkman ZX2. Perhaps someday, your average smartphone will be able to support audio capability that rivals that of the anything else. But as long as manufacturers can offer less and charge the same amount of money, the level of audio quality on your smartphone isn’t likely to be astounding.

To reiterate, there are options for serious audiophiles out there. However, those options only take up a small portion of the market share, as the majority of users would rather have a cooler, trendy music product like Beats by Dre, rather than something technically superior like Audio-Technica headphones.

It’s funny to think, but even Blu-Ray, which feels like it just emerged, is falling into the same trap of “better technology being sacrificed for easier technology.” Again, for most people, high quality video isn’t as important as easy access. So while the world waits for streaming quality to catch up to the visual prowess of Blu-Ray, most people will choose streaming just because it’s cheaper and more accessible, regardless of whether the quality is good or not. The same inconsistencies exist within digital music, which is more available, but not always better.

The only other reason one might seek out a Walkman today, other than being a diehard audiophile, is because of the appeal of nostalgia tech (remember that cassettes are now making a comeback, lest you don’t believe that’s a real thing). But as Gizmodo’s Brian Barrett puts it, “If you miss the ’90s that much, Saved By the Bell is on Netflix.”

The Walkman originally became a household name because everybody had one, or at least, knew someone who had one. The same thing happened with the iPod after it, but even that device is basically dead technology now. But the Walkman ZX2 will never become a household name. Its capabilities are way too specific, not to mention that it’s way too expensive for the average consumer, who probably doesn’t care whether their music is high-res or not to begin with. Not that the ZX2 is trying to appeal to the average consumer anyway. This is undoubtedly an expensive piece of technology to manufacture (another point against it), and obviously, an even more expensive one to purchase. But in separating itself from the original Walkman, make no mistake, the ZX2 seems destined to be either a failure, a fad, or a minor piece of technology in the long run.

Which is why this new Walkman is ultimately a puzzling move for Sony. Not that they don’t have anything else in the works, but after a disastrous year, the ZX2 is a small step, not a giant leap forward, technology-wise. It puts them in competition with Neil Young, not major corporations. Because though the ZX2 may be an audiophile’s dream come true, it’s just too high and mighty for everyone else. Or to put it another way, the reason the new Walkman works is the reason it doesn’t work: In the end, it’s just too fancy.