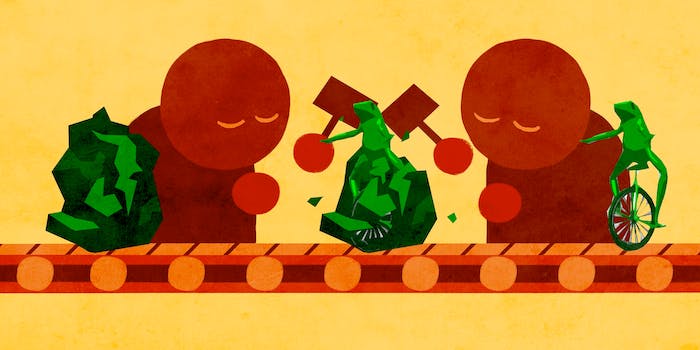 How socialists are seizing the memes of production

Earlier this election cycle, Bernie Sanders’ Dank Meme Stash became the one of the first left-leaning meme spaces to attract media coverage. The Facebook group’s membership exploded, riding the popularity of everyone’s favorite septuagenarian socialist. The group is noteworthy enough to have its own Wikipedia page, which estimates the group has about 442,000 members. Even splinter groups like “I Got Banned From Bernie Sanders’ Dank Meme Stash” house thriving communities of thousands of members.

Perhaps most notably, the page’s visibility has increased the popularity of other groups that propogate progressive, anti-capitalist, irreverent leftist humor. 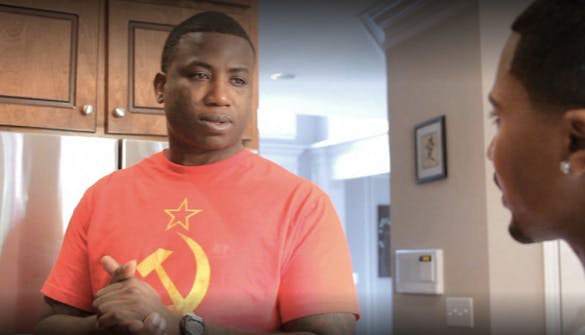 Bro, We Are communist. Problem?/Facebook

This election cycle, the seedy quasi-fascist underbelly of the internet has bubbled to the surface in the form of the “alt-right.” This web subculture, full of Donald Trump acolytes, has began to generate mainstream concern; they were even recently labeled a hate group by the Southern Poverty Law Center. These circles communicate through memes but use codes and anonymity to coordinate more aggressive levels of hate speech, trolling, and online abuse, like the brigading of Leslie Jones that led to conservative writer Milo Yiannopoulos’s Twitter ban.

The alt-right, however, don’t make up the whole picture of political discourse on the internet. “Alt-left” meme groups and pages provide a respite from Red Pill-swallowing, fedora-tipping corners of the internet. Facebook pages like “Anarchists for Bernie Sanders” or “Bro we are communist. Problem?” and even seemingly apolitical Weird Facebook pages like “Lettuce Dog” have spread memes criticizing capitalism, patriarchy, and the prison-industrial complex. These leftist Facebook pages joke about capitalism in a tone partly derived from the the Onion, laughing at the economic emptiness of American life and liberal hypocrisy. 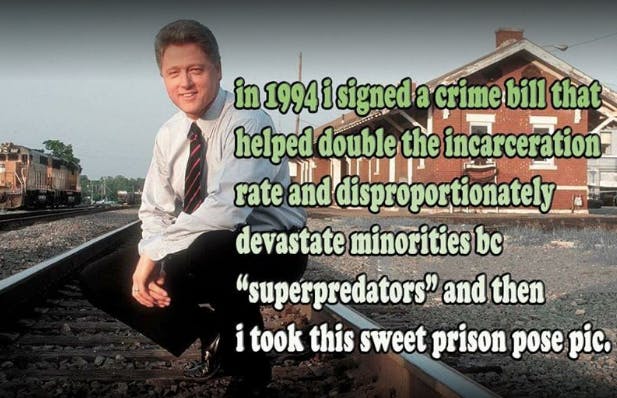 Wings of the “alt-left” meme world stretch into communism or even Stalinism. Some of these pages might only ironically praise dictators through memes, but for millennials of a certain ideology, sharing taboo anarchist memes might scratch an itch to tell irreverent, politically incorrect jokes while exaggerating their beliefs. #FeelTheSmashySmashy became a clarion call for those to the left of Bernie Bros, who had had their doubts about electoral politics since the beginning: 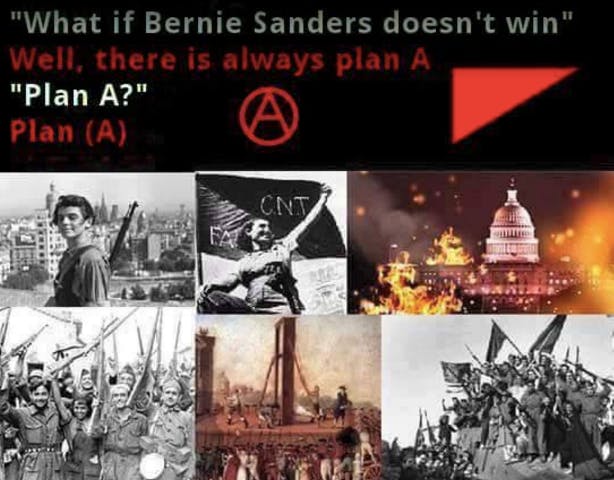 These memes are borne out of a frustration with the limited political options available in 2016. Trump terrifies, Clinton underwhelms, and Jill Stein doesn’t have a chance. Through a classic Homer “slink away” meme, the “Anarchists for Bernie Sanders” page demonstrated how some of his supporters have been radicalized by his loss:

Chapo Trap House host Will Menakar recently described this demographic as the “Dirtbag Left,” differentiating this sense of humor as “a kind of scurrilous and funny approach to left-wing politics that is in marked contrast to the utterly humorless and bloodless path that leads many people with liberal or leftist proclivities into the trap of living in constant fear of offending some group that you’re not a part of, up to and including the ruling class.”

Many of these “dirtbags” might not even be as leftist as the memes they post but are nonetheless bitter over staying closeted about even their most reasonably progressive political views—and can step out of the closet through these memes in a way they can’t at work:

In contrast to the outright abusive alt-right, most left-wing Facebook groups are helmed by moderators who assert their right to curate the content within the group and moderate. The mods of “Political Charts Sharing Club” succinctly stipulate in their rules that “[i]f you violate the rules your stuff will get deleted and if you seem like a jerk we will ban you.” While brigades don’t happen, a reactionary who wades into these groups might get verbally slammed and become a punchline if they frequently try to troll with conservative or libertarian opinions:

Even outside these pages, members use memes to communicate their politics, especially during online debates. A thread like, “Comrades help. I need communist memes to piss off a conservative” can yield pretty funny stuff that makes its point, advocating for some pretty radical policies.The political orientation of these page mods has influenced the stewardship of their Facebook pages in the wake of Facebook deleting meme pages without warning. The mods of about thirty different left-leaning Facebook pages have been organizing, using the hashtag #FreeTheMeme “to rally fans to file FTC (Federal Trade Commission) complaints against Facebook for ‘fraudulent’ content review policies and a misleading community guidelines. The FTC is a governmental entity that regulates private companies and protects consumers against fraud and monopoly, so let’s give zucc a taste of his own medicine.”

Of course, the true socialist meme revolution likely can’t occur until the alt-left frees itself from the hypercapitalist prison of Silicon Valley platforms and infrastructure. But once they find a way to inject their dank memes directly into the body politic, well…