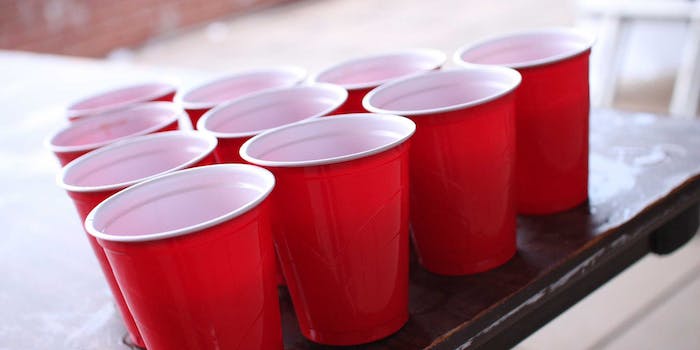 Is a clean Facebook page more valuable than an honest representation?

How do you guarantee a good first impression with someone you don't even know you're meeting?

How do you guarantee a good first impression with someone you don’t even know you’re meeting?

The selves that we project onto social-media platforms are, increasingly, people’s first impressions of us. This isn’t a new phenomenon by any stretch of the imagination, but it’s certainly not becoming any less true. So companies like Social Sweepster are offering to help you clean up your social-media presence so as to keep any potential employers—or lawyers or lovers—in the dark about embarrassing things you’ve done, whether they were last weekend or in high school. Social Sweepster scans Facebook and Twitter for photos and other posts to flag as potentially shameful.

The logic behind something like Social Sweepster is that the same careful omission and curation that goes into constructing a résumé ought to be applied to social media, and Social Sweepster isn’t the only business that relies on this kind of anxiety. The New York Times’ Michael Roston points to SimpleWash and Socially Clean, two companies whose entire existence is contingent upon cultivating fear of having said or done something inappropriate. (“Ensure that your Facebook Page has a Socially Clean Rating of 100%,” purports the latter.)

SimpleWash markets itself to recent college graduates. “You’ve partied, you’ve befriended some questionable characters, and you’ve posted things meant only for friends,” reads its about page. “Heck, you just lived your life and did your thing—and now, you’ve got the posts and pics to show it.”

“The internet never forgets,” it adds. Which is true! (Sort of.) And also convenient for their business model.

The thing is, services like these just end up doing everyone a disservice. The beauty of the relative openness and transparency that platforms like Facebook and Twitter encourage—and, indeed, rely upon—is that those sites end up allowing users to present something like a digital self-portrait. The persona that a user projects onto social media is, of course, not what that person is “actually like.” (Whatever that may mean.) But it does tell us something about what they want other folks to think they are “actually like.” And in some respects, that can be just as valuable as a résumé.

The trouble with something like Social Sweepster is that it flattens everyone and everything through fear—fear that if you are anything other than bland, you won’t get a job. The Internet is awful enough as it is without also making it boring. And what’s more is that even perpetually square institutions like the FBI have at least acknowledged that social norms are shifting and that hiring practices need to shift with them.

Indeed, in all likelihood, when today’s teens, who apparently could not care less about what anybody thinks about anything that they do, become adults and are applying and later hiring for jobs, maybe nobody will care about such frivolous things as embarrassing pictures. Maybe.

But until then, the scare tactics continue. “If you spent all this money on a college education and you’ll spend $5 on a coffee, why not prevent the slightest chance that a potential employer will be upset?” a skeptical Tom McGrath told Roston. “We’re providing additional insurance.”

Reputation is a complicated and important thing, to be sure, and social capital is not fixed or guaranteed. These things ebb and flow, people make mistakes and have successes, garner favor and make apologies. This has been going on for a long time; one might have hoped that making it that much more explicit might limit its perceived significance? I suppose not.

“Grow up!” commands SimpleWash, meanwhile. “Let us help you with the transition from ‘21st birthday’ to ‘Business Causal [sic.].” Hmm.