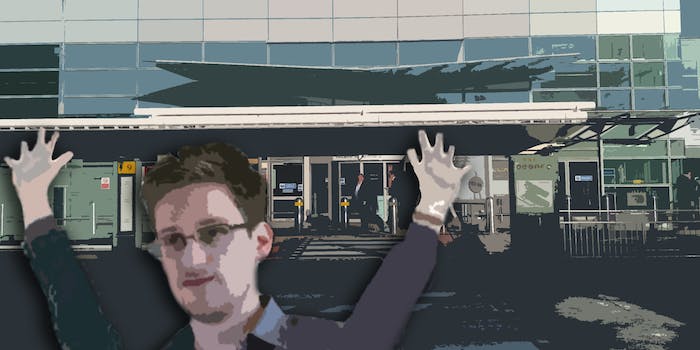 Edward Snowden has left the building

After spending more than a month stranded in Moscow’s airport, Edward Snowden was granted safe passage into Russia.

After spending more than a month stranded in Moscow’s airport, Edward Snowden, the former National Security Agency contractor who blew the whistle on the U.S. government’s massive domestic and international surveillance operations, was granted safe passage into Russia.

“I already escorted him out of the airport into a taxi,” Anatoly Kucherena, Snowden’s lawyer in Russia, told the Wall Street Journal.

Last week, Snowden applied for asylum in Russia. According to RT, the country’s Immigration Service has provided the whistleblower with a one-year temporary asylum.

The process of determining whether a temporary asylum request is granted can take up to three months. If it is granted, Snowden will have to renew his request once a year.

On July 23, Kucherena, said the whistleblower wanted to settle in Russia and find a job. “He’s planning to arrange his life here. He plans to get a job. And, I think, that all his further decisions will be made considering the situation he found himself in.”

During a television interview with RT, Kucherena said he gave Snowden a Russian-language textbook and a book of Chekhov.

Snowden’s asylum is temporary, lasting one year, as is common under Russia’s legal system. He’ll be eligible to apply for renewal when that period is up.

We would like to thank the Russian people and all those others who have helped to protect Mr. Snowden. We have won the battle–now the war.

Best of all, Snowden may get to see his dad again. Kucherena said he’s arranging a trip for Snowden’s father to visit him in Russia, the AP reported.