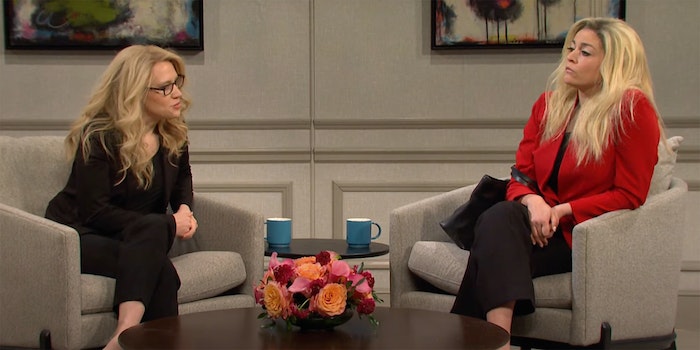 ‘A little too on the nose’: Fans react to ‘SNL’s’ take on Marjorie Taylor Greene, O.J. Simpson getting vaccinated before teachers

Kate McKinnon had a lot of material to work with this week.

Saturday night’s cold open on SNL featured Kate McKinnon as the host of a fictional show called “What Still Works?” After running through government, the stock market, social media, and the coronavirus vaccine rollout, she concluded that the only thing that works in the U.S. is Tom Brady’s reliability in getting teams to the Super Bowl. But fans found the wrap-up of life in 2021 a little too real.