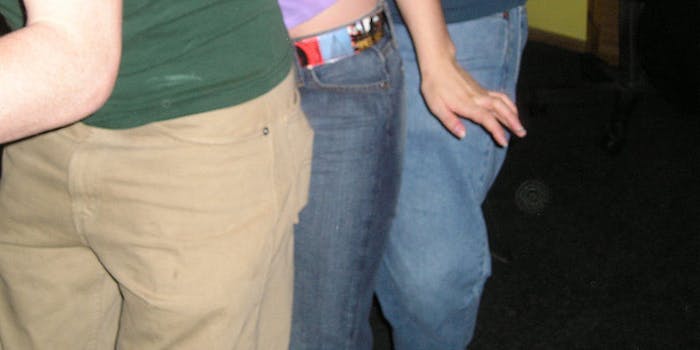 Police are looking into whether the girl had reached the age of consent. If not, the case becomes a Class C felony.

Three teens were suspended over an explicit photo showing two brothers having sex with a high school freshman.

The photo of the girl and brothers, both star athletes at Edmonds-Woodway High School in Edmonds, Wash., was taken months ago, according to mynorthwest.com. Last week, a senior at King’s High School in Shoreline tweeted the photo.

Though the tweet was deleted within minutes, the image spread among the community. The three teenagers are nude in the photo, though no genitalia is shown, an Edmonds Police spokesperson said.

The brothers, aged 17 and 18, and the student who shared the photo on Twitter were all suspended.

It was suggested the photo was taken using the Snapchat smartphone app, which deletes photos a few seconds after they’re viewed by recipients. However, users can take a screenshot of the photo so they can have a copy for themselves. There’s also an expensive way to recover those photos from smartphones.

Police are looking into whether the girl had reached the age of consent (16 in Washington) and, by extension, whether the photo would be considered child pornography. In that case, sharing the image on Twitter would be a Class C felony.