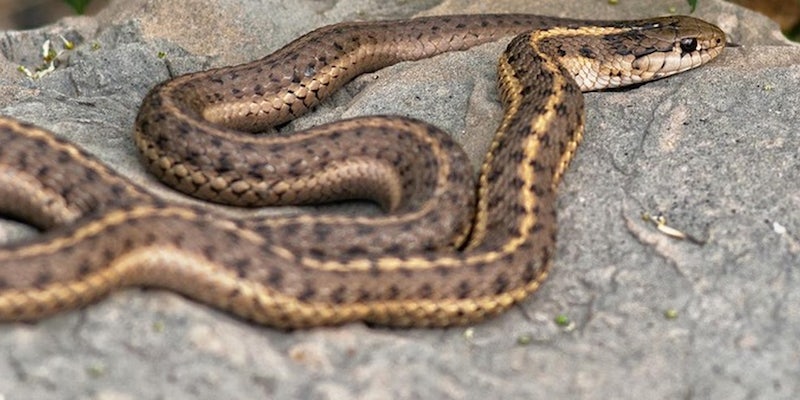 The first question is, of course, why? But more importantly, how?

What’s hot on Twitter right now? A real video of a man having sex with a snake. It’s the most disturbing clip to go viral since the Hot Pocket incident.

This incredibly graphic and NSFW video surfaced on Tumblr and Vine (now removed) late Sunday evening. It contains three and a half minutes of man-on-snake foreplay and then, eventually, copulation.

Naturally, it leaves far more questions than answers. The first question is, of course, why? But more importantly, how?

Here’s a sample. This is about all we can publish.

We have many more questions, listed below.

Where can one watch it? (You know, for science.) Answer: Gawker has a download link. Or you can search “snake sex tumblr.”

Where does snake genitalia reside? Answer: The cloaca, which is the home for both snake genitalia and butt stuff. Fun fact: When in heat, female snakes will ejaculate and defecate at the same time. Let’s be honest, this is a pretty good party trick.

Should I turn up the sound on this video? What does that say about me as a person? Answer: No comment.

Is it a female snake or a male snake? We can’t answer this credibly: Snake genitalia is very small, and this video is blurry. The man could conceivably have had sex with a male snake.

How good-looking is this guy, based on his D? Answer: It’s not a bad D.

Is he making out with the snake? Answer: He is.

How does the snake get aroused? Answer: We don’t know.

Jesus Christ, how many fingers is he going to fit inside this snake? Answer: Two comfortably.

Why did I just rewind the video to see what I missed? Answer: No comment.

Is he actually going to fit his dick into this snake? Answer: Yes.

Is it legal to download this video? Yes, in the U.S.

As it turns out, our friends on Twitter are similarly perturbed.

that video literally just made me sick lol. like there are plenty of hoes these days that are down to fuck, NOT A FUCKING SNAKE

Fuck the snake or donate to ALS. Now THAT’S a fucking challenge.

why would a grown man fuck a snake why

What the fuck, why snake, indeed.

Photo via MattysFlicks/Flickr (CC BY 2.0)