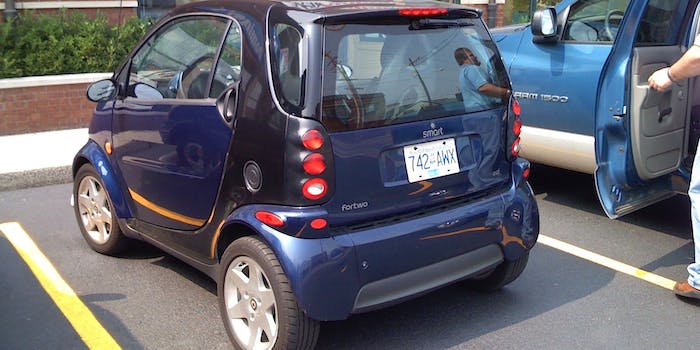 Americans are obsessed with flipping thing like cups, skateboards, and cows. 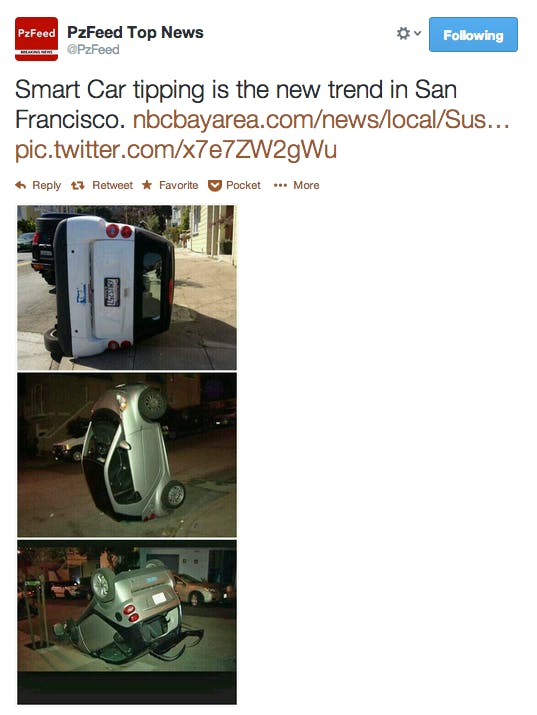 “A fourth Smart car—a small white one with a faded “Obama-Biden” bumper sticker—was discovered Monday about 9 a.m. at Coso and Prospect avenues between the Mission District and Bernal Heights,” NBC reported. A Smart car weighs about 1,500 pounds and costs about $13,000.

The criminals are still at large, according to San Francisco police, and could face felony vandalism charges if caught.

Smart, a division of Daimler AG in Germany, has yet to break its silence on Twitter over its vandalized vehicles.

In 2009 a Smart car was tipped over in Edmonton, Canada, by a 40-something-year-old man near a group of a bars. He was charged with mischief, according to thestar.com. 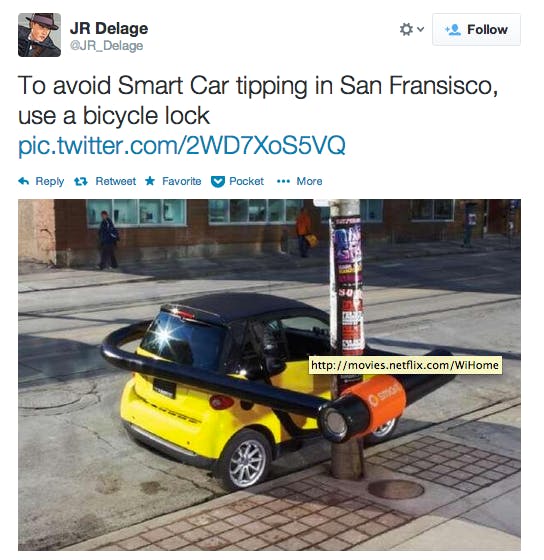 While police track down San Francisco’s pranksters, this Twitter user has come up with a clever way to protect your Smart car.