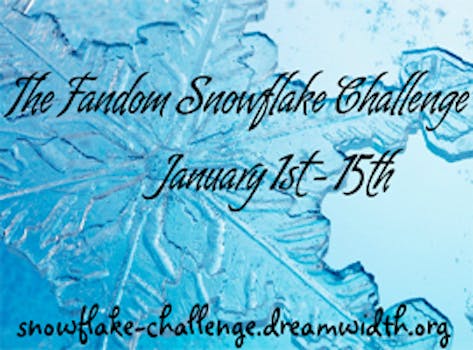 As January gets underway, with it comes an entirely new spate of fandom challenges. Smallfandomfest, running now at LiveJournal, is less concerned about what's "rare."

The holiday season is over, and with it, the many holiday-based fandom challenges for fanfiction, fan art, and other fanworks have ended as well. We’ve told you about Yuletide, the largest pan-fandom challenge in the English language; but there are also innumerable holiday challenges that run throughout the holidays on multiple platforms, including Yuletart, the DeviantArt Holiday Card project, Winter Fest, and many more for individual fandoms.

But just because the season ends doesn’t mean the challenges do; in fact, as January gets underway, with it comes an entirely new spate of fandom challenges. One of the most popular of these is, like Yuletide, devoted to showcasing small fandoms—but unlike Yuletide, smallfandomfest, running now at LiveJournal, is less concerned about being a stickler for what’s “rare.”

The moderator of smallfandomfest, spikedluv, tells the Dot she didn’t exactly form the challenge as a response to criticisms of Yuletide, whose restrictions on what constitutes a “rare” fandom can make people annually unhappy, as well as potentially allow people to write for fandoms they’re not in. But she admits that wanting a more relaxed challenge was a contributing factor. “I’m leery in general of [gift fanfiction] exchanges,” she says, “with the pressure to create something the person you were assigned to write for will enjoy. I’m just much more comfortable with prompts that I can choose to accept or not, and I thought that some others might feel that way, as well.”

Currently on its 12th run, the smallfandomfest runs twice a year, May through July and November through January. Unlike many challenges with a closed entry cutoff, smallfandomfest allows participants to claim prompts and post submissions right up until the end on January 31. The next fest begins accepting prompts on May 1.

Even more than Yuletide, smallfandomfest has a heavy focus on “pimping,” which is the fandom term for the act of promoting your fandom to other potentially interested fans. “We do put out a call for fandom pimps during each fest round, as well as between fests,” spikedluv says, “so people are always welcome to sign up to pimp their favorite small fandom.”

Though smallfandomfest is just one of many ongoing annual challenges, it gets the lion’s share of love from its participants. “The best part for me is the enthusiasm shown by the people who participate,” said spikedluv. “When I announce a new fest, or post a reminder that one is coming up, and people comment that they’ve been waiting for it, or that it’s their favorite challenge, that makes me really happy, and it makes all the work involved worth it.”

The smallfandomfest isn’t the only challenge kicking into gear in the long months after the holidays—in fact spikedluv also runs the sister challenge, smallfandombang, which is also running at the moment. Here’s a sampling of other annual and/or seasonal fests going on right now:

1) The Snowflake Challenge: the only rule is stress-free

Begun last year, this popular challenge is the DIY type with no strict regulations or participatory restrictions. At the explanatory post on the challenge community at Dreamwidth, the creators state that the goal is to wind down from the holidays with a relaxing, easy challenge that’s fun for everyone:

Every day for the first 15 days of January, we’re going to post a fannish challenge. It could be something as simple as reccing fanworks to sharing a piece of canon that you love. … Only do the challenges you’re comfortable with. No one is keeping track, no one is going to give you grief if you don’t complete a particular challenge. The point is to stretch you boundaries, but not at the expense of stressing you out. Fandom is supposed to be fun, and these challenges should be hard but should still be enjoyable.

Examples of daily challenges so far have included posting short recs of your own works, greeting strangers or making new friends, and branching out, either with a new fandom or a new kind of fanwork. Sure, it’s pretty Artist’s Way, but if there’s one thing fandom could use more of, it’s good vibes and less drama, so it’s tough to complain about this challenge—especially since anyone can play at any time.

“Bingo” cards are a recent fandom staple, a kind of running challenge where prompts are listed in the form of a bingo card, and the goal is to play “bingo” with the results: every square you manage to create fanwork for brings you closer to winning, provided, of course, that you check off certain patterns.

By far the most popular ongoing bingo challenge is Kink Bingo, now in its fifth year of serving up randomly generated bingo cards for participants featuring various permutations of kinks, from vanilla to blushworthy.  Here’s a sample card (Warning: NSFW) taken from the KB community: 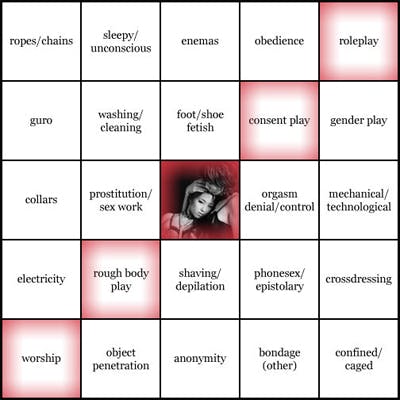 Currently kink bingo is running one of several mini-challenges that occur at various times throughout the year. The big one usually runs from June through September. In the meantime, you can learn how to play, hang out at the discussion community, or signup for the current challenge: tiny bingo!

Originally co-created by this reporter and two other Harry Potter fans in 2005, the “Big Bang” has since become a pan-fandom phenomenon: a challenge genre in which authors write a long fic which is then illustrated by artists or other kinds of fanwork creators. The genre has also spawned a separate challenge genre called the “Reverse Bang,” in which the artwork is created first.

Since many people have large swathes of December off for vacation from work or school, it’s a great time to do a little last-minute writing and/or artistic creation, which means that many rounds of various Big Bang challenges swing into gear shortly after the holidays. A glance at the optional “Big Bang” tag on AO3 reveals a plethora of fics currently being posted for various fandoms, from Teen Wolf to NCIS.

While big bang fests, like kink memes, are so numerous it’s impossible to compile an exhaustive list of them all, if you’re in a fandom it should be relatively easy to hear about them at your usual watering holes—or you could also try searching LiveJournal and tracking Tumblr tags to spot a Big Bang or a Reversebang near you.