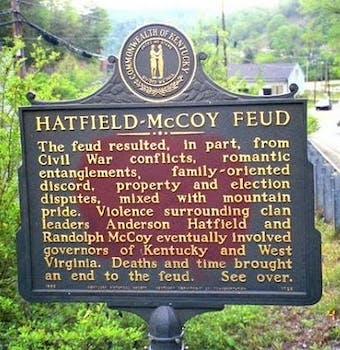 A home for hometown gossip

The new site for back-fence gossip is Topix, where small-town America shares its secrets.

If you believe everything you read, a woman named Joann has stolen money from the life insurance policy of a dead woman in Mountain Grove, Mo., while Melissa and Natasha in Pikeville, Ky.—the same Pikeville made legendary by the Hatfields and the McCoys—are wearing wires and working as narcs for state prosecutors.

Is any of this true? Just as unverified scuttlebutt makes the rounds of a small town’s watering holes and back fences, scathing accusations have found a home online.

Anonymous, unedited comments left on Topix discussion forums for Mountain Grove and Pikeville can make Gawker seem almost polite in its cutting coverage of urban gossip. The feuds, once played out in small-town diners and hushed conversations in local grange halls, have drawn interest beyond their borders, including a feature article in the New York Times.

Gossip is as much a stereotype of life in many small, U.S. towns as fish fries and church socials. But cloaked by pseudonyms online, it can go from a mildly nefarious distraction to a source of rifts within a community. In Mountain Grove, locals told the Times, gossip posted on Topix has caused fights and divorces. At least one couple is moving and vowing to never return to the town again.

The site is the latest in the long-running debate of protected vs. hurtful speech, and come with fears that the small-town problems could escalate to the national magnitude of previous social networking issues, like cyber bullying.

“Stories like this distress me more than I can say,” Fred Scheker, a Web project manager for the Pew Charitable Trusts, posted in a Facebook status update. “Are the benefits of anonymous commenting worth the price many people pay?”

Hyden, Ky. only has a population of 365 but at certain points more than 100 people are logged onto its Topix forum. Accusations range from someone getting a girlfriend’s 13-year-old daughter pregnant to discussions about whether someone is dealing drugs or has herpes.

Mixed in with the gossip on many of the forums, however, is legitmate news and notices about community meetings, upcoming fundraisers and other events. For many small-town residents, the forums replace local newspapers that either have been cut to bare bones coverage or never existed to begin with. The forums also offer a place for citizens to discuss and debate legitimate community issues.

“I’m just wondering why there isn’t ANY playground equipment at Mtn. View Elementary??” someone who listed their name as “concerned parent” posted in the Hyden forums.

It’s not clear how much anonymity posters are guaranteed. Courts continue to struggle with whether to grant subpoenas so identifying information can be obtained from site owners. (Generally speaking, operators of forums like Topix are not responsible for what their users post, but their users can be sued.) Last year an attorney for a former Pittsburgh Tribune-Review reporter posted a subpoena on a local media gossip website seeking the identity of an anonymous poster who had made allegedly defamatory comments about his client.

In 2009, Juicy Campus, which allowed college students to post anonymous gossip about classmates, abruptly shut down, saying revenue had not kept pace with costs. A year earlier, New Jersey officials began investigating the site saying it may have violated the Consumer Fraud Laws because it did not enforce its own policy to ban offensive comments.

But the courts can only do so much. Gossip has long been a staple of small-town life. The fact that it’s coming up online just shows how inescapable it is.