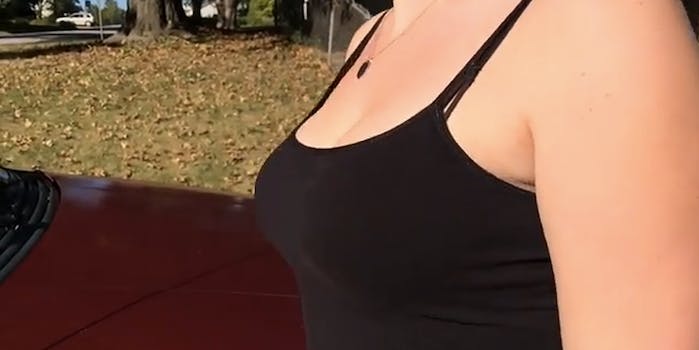 Reddit found a use for the iPhone’s slow-motion video feature: Boobs

This clip spawned a whole new subreddit just for slow-motion videos of breasts.

By now, you’ve certainly heard every feature the new batch of iPhones has to offer: the lock screen, the Control Center, the new design, the fingerprint sensor, the improved lens. The video camera’s new slow-motion setting is already super-popular. Naturally, it took only a week for it to be used for boobs.

Here’s the hot new trend on Reddit: dudes uploading videos of their girlfriends’ breasts bouncing in slow motion. The first one, posted yesterday, gained more than 2,300 comments and 450,000 views on YouTube.

Then, someone else’s girlfriend thought she could do better. Her boyfriend submitted her attempt at the slow-mo boob bounce:

A few more attempts hit the front page this morning, but the backlash has begun. Redditors are complaining that the video trend is just another way to “whore” for karma. The solution: relegate the boob bouncing to one spot.

It didn’t take long for r/SloMoBoobs to be created and filled with animated gifs of boob videos.

As one commenter wrote, “I hope this becomes a thing.” Looks like he’s getting his wish.