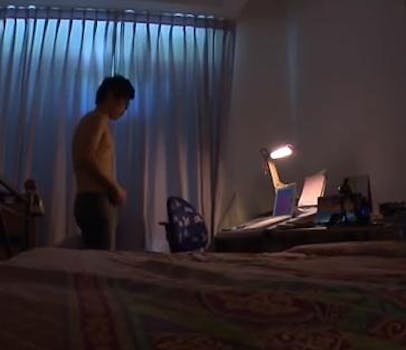 Men lured into stripping online, blackmailed with pants down

Singapore police reported more than 50 cases in 2012 in which male subjects were coerced into stripping for a Web camera, only to have their actions used against them.

In 2012, more than 50 cases were reported to Singapore police in which men were convinced to strip down in front of Web cameras for desirable women, only to have screenshots of their actions used against them. There were only 11 cases in 2011.

“The female foreign suspects would usually get acquainted with the male victims via social networking websites like Tagged.com or Facebook,” the Singapore Police Force said in a statement.

“Thereafter, they would commence a webcam conversation with the victims and initiate cybersex by undressing themselves first before persuading the male victims to appear nude or perform sexual acts in front of the webcams. Unknown to the victims, the suspects had recorded the acts. These suspects would then threaten to circulate compromising photographs and videos of the victims to extort money from them.”

With the rise of revenge-porn sites, sexual extortion has become a growing problem online. Canadian teenager Amanda Todd, then in seventh grade, was coerced by a man to flash her breasts online. The unidentified man contacted her on Facebook and threatened to distribute the images to her friends and family unless she performed more sexual acts on camera. When she refused, the blackmailer posted the images.

Late last year, Todd posted another video explaining her situation. She committed suicide Oct. 10. She was 15.

A Singapore TV station produced the following 10-minute long video where actors re-enacted an extortion case and shared tips on how to avoid being taken advantage of.