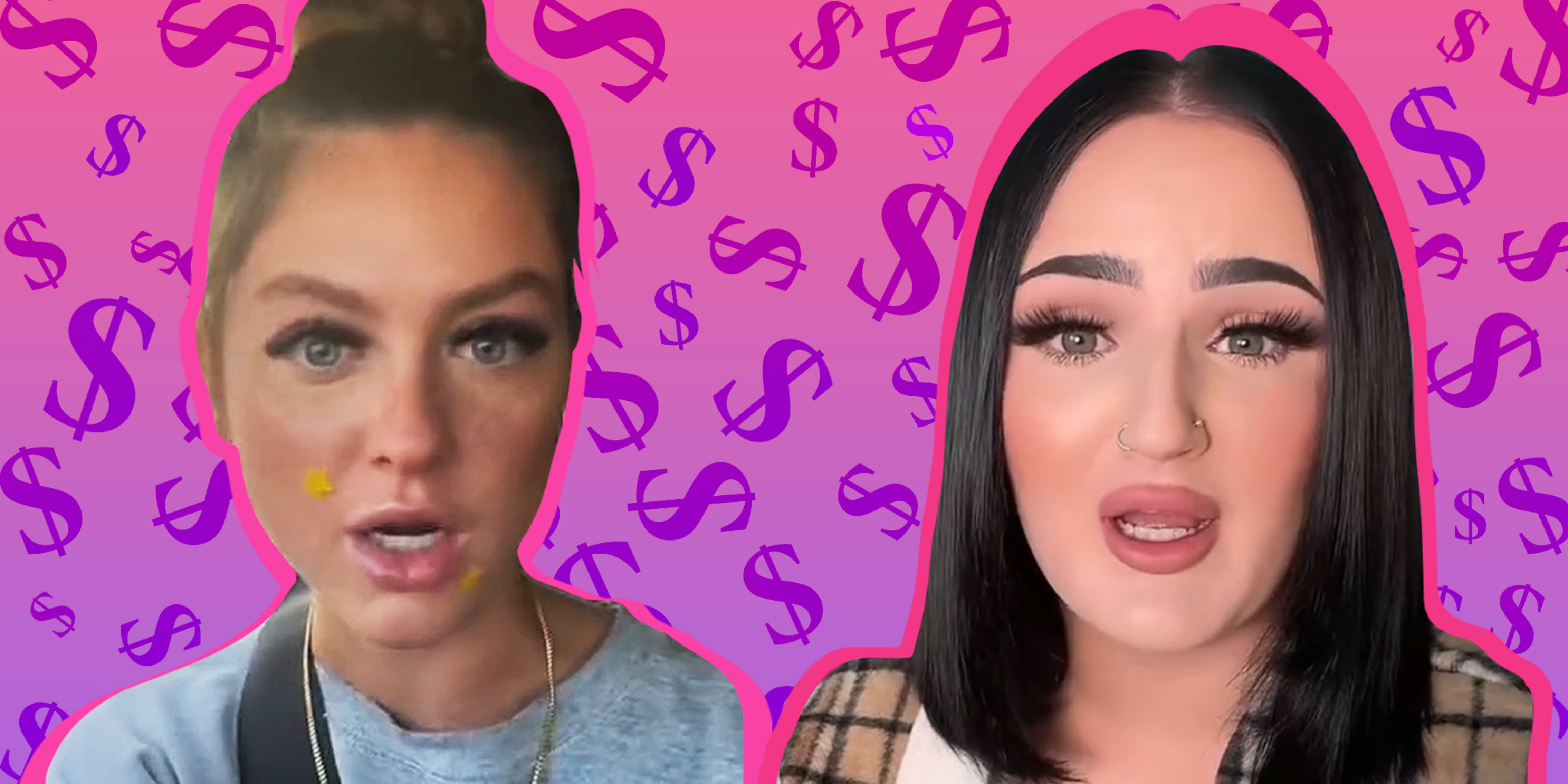 Amid burnout and instability, should creators complain about their jobs?

'The job itself is not back-breaking. It’s more mentally taxing, and I think that’s really hard to grasp unless you’re doing it.'

While many creators and aspiring creators suffer from unpredictable income, pay disparity, and burnout, the public image of the influencer lifestyle is often luxurious—going on paid-for holidays, being invited to exclusive events, and having free stuff arriving at the door daily.  While this level of financial success for creators is uncommon, for the lucky few, simply by posting short, fun videos about a random topic, you can get rewarded with more money for one video than an average person makes in a month, or sometimes a year.

Despite this enviable lifestyle, wealthy influencers get a lot of criticism—specifically when they complain about their jobs. Creators sometimes risk alienating their audience when they speak out about their workload or the pressures they face online.

Recently, popular TikTok creator Mikayla Nogueira (@mikaylanogueira), who has over 13.6 million followers, was dragged after a video resurfaced of her responding to a critic who suggested she try working a “9 to 5” job. Complaining about her full-on schedule, Nogueira concluded her rant by saying: “I just finished working, it’s 5:19. Try being an influencer for a day. Try it.”

As expected, it didn’t go down well. Nogueira’s original video was deleted, but a repost, which some users said was taken out of context, amassed 2.8 million views, with critics quick to clap back at Nogueira.

This isn’t the first video that surfaced of an influencer complaining about the work that goes into the job. Earlier in the year, influencer and OnlyFans creator Tara Lynn faced similar backlash for a TikTok in which she complained, saying, “Nobody wants to work anymore” and told her followers, Kim Kardashian-style, to “get [their] fucking ass up and work.”

She has since posted an apology video, explaining that what she said came out the wrong way and that her comments were directed at other influencers not the general public. Lynn did not respond to Passionfruit’s request for comment via email.

Those uninvolved in the creator economy likely have little to no idea as to what goes into being a successful influencer. The work that goes into it is often nowhere to be seen. As explained by Nogueira in a follow-up video, she was trying to explain that her job as an influencer is actually a job—one that comes with its own set of difficulties and responsibilities. Nogueira did not respond to Passionfruit’s request for comment via email.

In order to understand the complexities that come with working as an influencer, Passionfruit spoke to some content creators with first-hand experience.

Twenty-three-year-old Scott Kress (@scottkress_) posts on TikTok full-time after jumping from 0 to 1 million followers in just a few months. He started posting relatable comedy skits a year-and-a-half-ago, and, after signing with a management company in Los Angeles, he now has 3.8 million followers.

“When I was younger, and I looked at influencers, I thought their lives were so perfect,” Kress told Passionfruit. “It looks so easy; they’re making so much money and just living their life in Los Angeles. But then, as I started doing it, I realized there’s a lot that I never even realized would be stressful that ends up being stressful.”

Spending hours brainstorming, shooting, editing, networking, engaging with followers, and working with brands can take their toll. Although social media influencers enjoy a privileged position in the popular imagination, if it was really as easy as it appears, wouldn’t everyone be doing it?

“The job itself is not back-breaking. It’s more mentally taxing, and I think that’s really hard to grasp unless you’re doing it,” Kress said, adding he recently turned to anxiety medication for the first time to cope with the pressure of the job. “Because influencers are so privileged, we get to pick our own schedule, and I don’t have to worry about bills because the money is decent, but that doesn’t mean it doesn’t come with things that are hard also.”

Underneath the glossy exterior lies precarious income, pay gaps and unpredictability. In an April 2022 report, the U.K. Parliament’s Digital, Culture, Media, and Sport (DCMS) noted a “pervasive lack of employment support and protection” in the influencer industry. With an absence of industry standards and little pay transparency, pay disparity is also a key issue influencers have to face. The DCMS report referred to a 2020 study from MSL group, a global public relations firm, which found a racial pay gap of 35% exists between white and Black influencers.

“Your whole career and income is based around views, and so it becomes stressful to make sure your videos are doing good and to put out ideas that you think are going to do well,” Kress said. “How much money you make is directly correlated to not only how many followers you have, but also how many views you are getting per video. You can have a few million followers, but if your videos are getting low views then you’re not going to be able to charge as much for a brand deal.”

What’s more, existing as the product you are trying to sell opens oneself up to intense scrutiny, as well as risk of hate and harassment. Daria Kuss, psychologist and associate professor at Nottingham Trent University, told Passionfruit about the effects of social media on creators.

“People who use social media frequently are at greater risk for experiencing symptoms of addiction, depression, anxiety and body dysmorphia. … The ‘Fear of Missing Out’ and constant upward comparisons furthermore may contribute to potentially decreased self-esteem, which can leave users, and influencers, feeling depleted and exhausted,” Kuss said.

While creator Kress feels grateful everyday to be doing what he is doing, he said his biggest stress is the inconsistency. “Not even in terms of money but more the stress of how long this is going to last,” he said. “My career is down to people liking me and people can switch at any moment. Maybe one week people just aren’t going to find you funny anymore, and it could all go away in an instant.”

This fear of losing visibility can lead to overworking and issues such as burnout among influencers. Mostly working off their phones, influencers can connect to their workspaces any time of day or night with no clear off switch or separation between work and life. In a 2022 study conducted by affiliate marketing platform Awin Group, 78% of influencers said they were suffering from burnout, with 66% admitting that the problem is bad enough to affect their overall mental health.

Advice for creators hoping to avoid being burnt out by the 24-hour social media cycle Passionfruit reporters found online includes streamlining your content schedule, focusing on one platform at a time, scheduling content in advance using organizational tools, batch creating content, and delegating tasks that you can hand off to someone else to free up time to be creative.

“Although such careers may appear glamorous, influencers walk a tightrope of constantly creating ‘perfect’ content,” Manly said. “Influencers live with the immense pressure of constantly churning out content that is engaging, novel, and genuine—all the while striving to please everyone and not offend anyone.”

Twenty-six-year-old Ilinca Sipos (@inkytoks) films seven days a week, 10 videos a day, on top of a full-time job in marketing.

“There’s many things I make that don’t end up getting posted,” Sipos told Passionfruit. “When you see someone filming you see the end product, you don’t see the intermediate. … Having inflection points in your voice, getting people’s attention, getting them to stay on your video, conveying the right amount of emotion, that’s definitely a part of the job as well.”

Influencing is a job, not an easy side hustle. With that said, as both Ilinca and Kress agree, there are much harder jobs out there. As your own boss, you can make your hours work for you. You are in charge of how much you work and what you work on, often for extremely generous compensation. Even when you are not working, you’re usually still generating passive income through your existing content. It’s easy to see why influencers’ complaints strike such a nerve.

“I think people don’t really want to hear influencers complain about their jobs because other people also think their jobs are hard, but they also can’t make their rent this month. That’s tough and really why I don’t think how hard influencers work should be a public discussion,” Ilinca said.

She continued: “As a public facing person in any capacity, the people who are watching your videos are the people who have helped you get to where you are. I don’t think it’s necessarily fair to turn around and complain to them.”

The lives of influencers have an undeniable draw to them that people love to vicariously live through. However, there’s a limit to people’s tolerance of ignorance in the well-off, especially as the economy continues to collapse, cost of living and inflation are higher than ever before, and wages aren’t keeping up.

In the U.K., inflation recently climbed into the double digits for the first time in 40 years, and is expected to hit 15% in 2023. Similarly in the U.S., inflation hit 9.1% in 2022, marking another 40-year high, according to J.P. Morgan. This is squeezing people’s budgets and driving up the cost of living.

Many have lost the joy in voyeuristically observing wealthy lives that are often so far removed from reality. According to the Influencer Marketing Hub’s 2021 creator earnings report, full-time content creators earn $108,182 a year on average.

In other words, the average annual income of a full-time creator is 78% more than the average bartender. But without an immediate answer for a problem as big as labor exploitation, taking that frustration out on an easy target helps no one.

“In an environment where errors or inconsistencies are spotlighted and public condemnation can be swiftly destructive, many influencers feel the daily pressure of imminent criticism,” Manly told Passionfruit. “Given that none of us is perfect, perhaps now is the time for us to graciously allow influencers the right to be imperfect and human.”