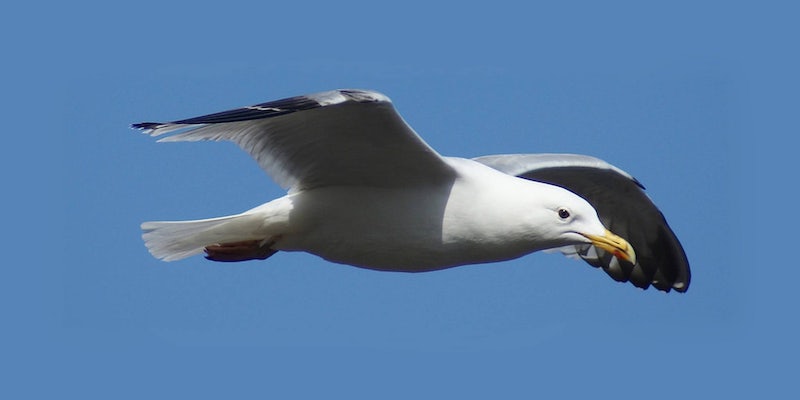 Seagull shoplifts bag of chips like a true dirtbag

It's like this seagull is just daring someone to say something.

What kind of world do we live in when a seagull can just brazenly walk into a cafe and steal a bag of chips in broad daylight?

No one even lifts a finger to stop this seagull. Is it because it’s white? I’ll tell you one thing, I bet a crow wouldn’t have gotten away with that shit.

It’s possible that this is the same bird that pulled off a string of daring crimes in Scotland in 2007.

You have to hand it to him, though. Although his technique is far from subtle, what he lacks cunning and stealth he more than makes up for in sheer audacity. That makes him the second most badass seagull of all time.