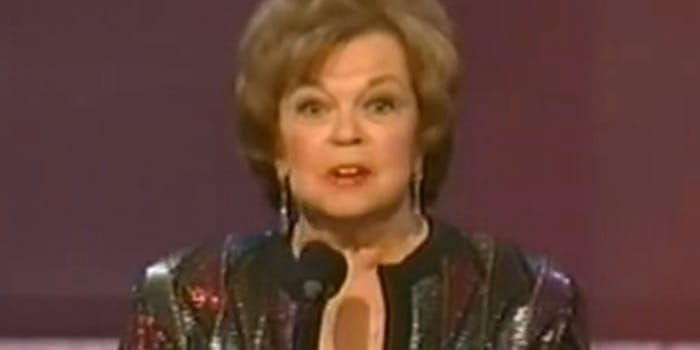 The account claiming to belong to the 84-year-old actress turns out to be a fake.

Sit down and hold your applause. Shirley Temple isn’t on Twitter.

An account claiming to belong to the former child actress wasn’t actually the real deal. A rep for Legend Films, the company that restores the 84-year-old actress’s movies, told the New York Post the account is fake.

“This Twitter account that supposedly belonged to Shirley Temple was never real,” said the rep to Page Six. “Someone’s Twitter was hacked where the hacker was posing as Shirley. This account has since been shut down.”

The impersonator was tweeting under @TempleShirleyJ, which has since been deactivated, collected 7,000 followers prior to its deletion. The hoax even fooled Dick Van Dyke, who welcomed Temple to Twitter.

So much for all the questions “Temple” answered under the #askshirley hashtag. Now we may never know the real Shirley Temple’s thoughts about that other famous child star, Honey Boo-Boo.