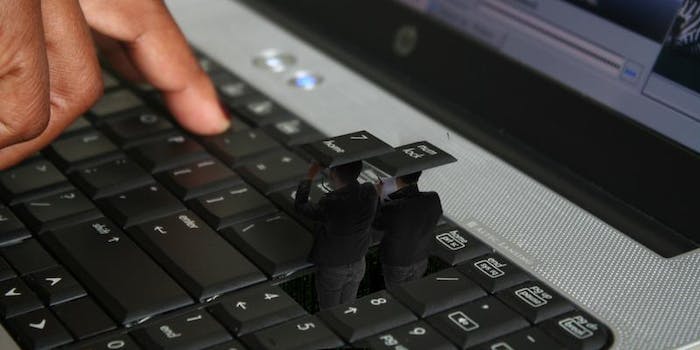 County sheriff sentenced for installing keylogger on his wife’s computer

A marriage built on trust.

Hacking a computer that contains sensitive court information is very illegal. One would think that, of all people, a county sheriff would know this.

In April 2013, Miles J. Slack, who served as the county sheriff in Clay County, West Virginia, suspected his wife of cheating. So he did what any husband in a healthy, communicative marriage would: he snuck into her office at the Clay County Magistrate Court and secretly installed a keylogger on her computer. The device, which can be purchased anywhere from Amazon to eBay, captures and records keystrokes, allowing installers to catch passwords, correspondence, and anything else typed on the victim’s keyboard.

The operation apparently went on for three weeks before the device was discovered and Slack was questioned. Initially pretending that he had no idea what a keylogger was, he eventually resigned his post and pled guilty to the crime.

Slack’s punishment, dished out on Dec. 19, was on the light end for a federal offense: A $1,000 fine and 2 years of probation. The effect on his professional career, however, was far more severe. He lost his well-respected position of 16 years, and any hopes of a long-term career in law enforcement vanished faster than his now ex-wife’s privacy.