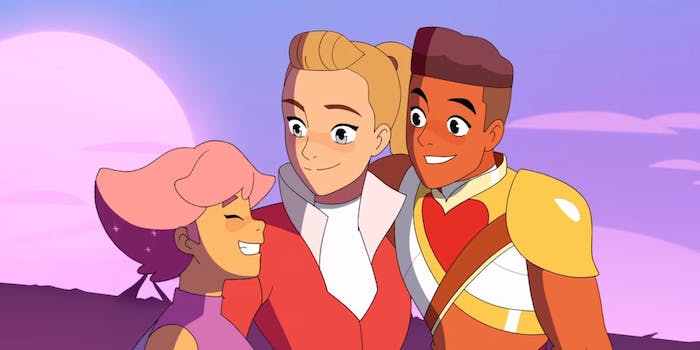 The creator of the Netflix animated series She-Ra and The Princesses of Power told an inappropriate joke, that apparently inferred slavery, during a live stream on Wednesday.

The comment in question (appearing at the 57:00 mark in the below video) came from Noelle Stevenson, who also serves as showrunner and executive producer: “[Sam Szymanski, storyboard artist of She-Ra and the Princesses of Power] came up to me and asked, ‘Which one of Bow’s brothers likes to till the fields?’ And I’m like, ‘Which one, Sam?’ And he’s like, ‘Sow!’ Sam was very big on puns.”

However, Bow is a Black character, voiced by Marcus Scribner of ABC sitcom Black-ish fame.

Stevenson issued an apology on Twitter after the live stream, which upset and confused many fans for what they felt was a joke about slavery during the stream. In U.S. slavery, Black people were forced to work in plantation fields.

Stevenson wrote in a thread: “I made a very careless statement in today’s stream that hurt a lot of Black fans and fans of color. The implications did not occur to me and that lapse in judgment is fully, 100% on me. I apologize wholeheartedly and I’m sorry for the hurt caused and trust lost.”

“I take the responsibility of creating a safe and positive space for fans very seriously, and I’ve failed in that today,” Stevenson continued. “Thank you for making your voices heard. I will be rededicating myself to examining my language and behavior so that this failure will never be repeated.”

“And for white and nonblack fans, please remember that I do not need defending and do not harass or add emotional labor to those hurt by this. I accept the consequences and will be taking serious action to make this right in any way I can.”

What many quickly noted was the casual nature of the joke.

@alterego tweeted: “i’m sorry but if it’s that casual to where they all joked on stream about slavery like that without thinking… something is afoot in private!!!!!”

Others got into the business of understanding the issues at hand, namely that She-Ra has no Black or other POC representation at the writing table.

However, that critical note was met, by non-Black commenters, with a defense of the show’s on-screen diversity. Others said that She-Ra‘s cartoon inclusiveness would merely cover the alleged racism in the backroom.

User @agenderarcee summed up the situation in diplomatic fashion, “talking about black people farming is inherently loaded sadly so i can see why some people were upset.”