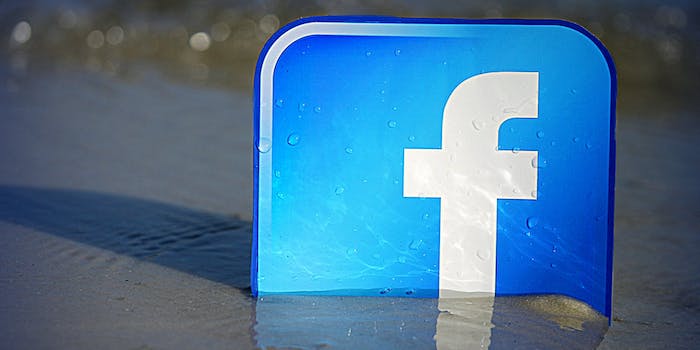 I don’t need to share every bad moment or gripe on Facebook for my timeline to be "real."

There’s a pretty amazing video going viral on Facebook right now by the Higton Brothers, courtesy of the fantastic “awesome stuff” site Sploid. It features a good looking, but somewhat average dude who realizes that he can get a lot of affirmation from Facebook by posting positive, upbeat stuff on his page.

He starts by boosting his TV dinner to “sushi with my girl” and moves on to completely fake long-distance running and quitting a job he’s fired from.

The more positive stuff he posts, even when his girlfriend dumps him for another guy, the more “likes” he gets and it becomes an addiction.

Whit Honea, author of The Parents’ Phrase Book also shared the video, but he did so with the note that he doesn’t think people are being all that dishonest online, and he would know. He has a very successful blog, is a member of a wildly popular dads’ group online, was the Dads & Families editor at The Good Men Project, and works on many platforms online.

The argument against [this video]: I think most people do try to focus on the positive things in their life, but I fail to see how that is a bad thing. Even if people are projecting a happier version of themselves than what they face in the mirror, they are most likely doing it because that is what they need to see, and that’s okay, too. Also, there is no lack of hardship and sadness on Facebook, and it often results in real compassion and things being done. People can alter the context in which something is presented, but we control the context with which it is perceived, and if nothing else that seems like a pretty good balance. I’m tired of being cynical.

Honea is right, and he’s seen that compassion first-hand a few times, including when his mother passed away just before Christmas this past year. Prompted by a fellow dad-blogger, nearly everyone who knew and loved Honea changed their profile pics to a candle in remembrance of her life and in support his family. When another dad blogger, Oren Miller, was diagnosed with Stage IV cancer recently, the online community rallied not just with friendship and love, but with financial support so his family could take an epic holiday together.

We see it around us so often. A friend of mine was going through a depression and posted about it, tentatively, on her Facebook. The young mother and author was moved to tears by the love and non-judgmental support she received from her friends.

But when we are posting the positive, the fun, the funny, the beautiful and the epic stories of our lives on Facebook, and choosing not to post the worst moments of the day, are we really being deceptive?

I firmly believe that you don’t need to see every single bad thing I’m saying, doing, or feeling, and if I only share photos of happy or lovely moments, it’s not because I’m trying to deceive you. It’s because I don’t think anyone needs to know every single crappy thing happening in my life. I have shared photos of friends’ gravestones, of balloons released on the “angel date” of a beautiful baby in our family who passed away. But mostly, I share the lovely and the adorable, the romantic and the silly moments of my life.

Not that anything particularly crappy is happening. I have a great life. But I have the same daily annoyances and depressions as everyone. I hate the mess in my house right now, my chest hurts with stress, my laptop inexplicably completely died yesterday, and I’m not able to replace it at this time if it turns out it can’t be revived. There are people in my life I’m frustrated with and others who have hurt my feelings. That’s the everyday life of nearly everybody.

But what I share online about my life is what I really feel about my life. It’s happy, and it’s lovely. My kids are delicious and my husband is a god among men in my eyes. I feel all those things. Not every second, or even every day, but it’s how I feel about life in general. 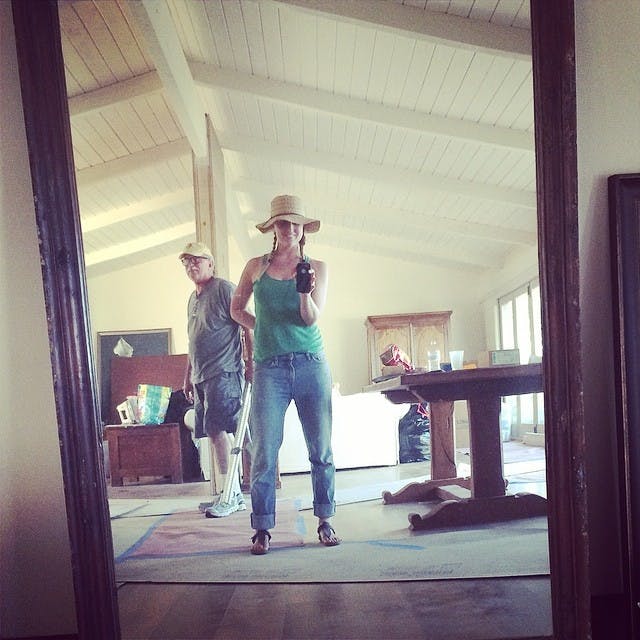 This is a photo of my dad and me, in a house where he was building a kitchen.

What’s not pictured are the shoes I’m holding behind my back, covered in coyote poop that my younger son had tromped through and then had a meltdown over.

I don’t need to share every bad moment or gripe on Facebook for my timeline to be “real.”

I think Sploid’s video is good and is important in some ways, but I don’t think the happiness you see reflected on Facebook is necessarily deception. I think most of the time, what people share is how they feel about their lives, and I think it creates the narrative they want to to focus on. They want to remember the strawberry patch and the afternoon streaks of sun behind their kids; they don’t want to necessarily remember the diaper blowout in the car, the sudden downpour of rain, the mosquitoes breeding like a mutant alien species in all the snowmelt from this past epic winter. They want to remember the beauty that they believe characterizes their lives.

And that’s okay. In fact, it’s quite wonderful.