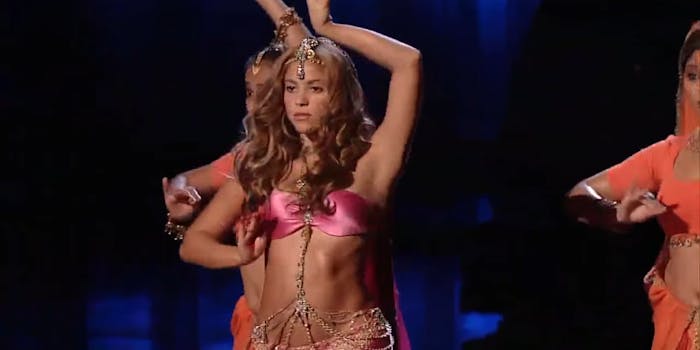 Did Shakira really evade paying taxes in Spain, and if so will her hips give her up?

Singer Shakira is currently under investigation by Spanish tax authorities, who believe she moved to their country in 2012 but failed to pay taxes until 2015, when she officially changed residences from the Bahamas to Barcelona, Spain.

Of course, if the Spanish government really wants to get to the bottom of things they can always just ask her hips which, as we all know, don’t lie. They can thank Twitter user “f thot fitzgerald” for that idea. The person behind the account posted a tweet suggesting the foolproof plan yesterday afternoon, and it’s already gathered over 6,000 retweets and more than 20,000 likes.

And yes, everyone is making that joke.

“Shakira, As your lawyer I must advise you not to call your hips as a witness” https://t.co/5yui0rT1Tm

Shakira was born and raised in Barranquilla, Columbia, and recently lived in The Bahamas, but at some point relocated to Barcelona, Spain, where she currently lives with Spanish soccer player Gerard Piqué and their two sons. The couple began dating in 2011, and their first son was born in Spain in January of 2013, but the singer didn’t officially change residences until 2015.

Shakira was one of several celebrities named in the so-called “Paradise Papers“, an anonymously leaked group of documents detailing offshore tax arrangements of other one-name-singers like Bono and Madonna. According to the documents, Shakira relocated her intellectual property rights and brands to a company based in Malta back in 2009. The tiny island nation, located off the southern coast of Sicilia, has been accused of being a “pirate base for tax avoidance.”

According to USA Today, Spanish prosecutor Jose Miguel Company said his office expects to make a decision on whether or not to press charges against Shakira by mid-June.