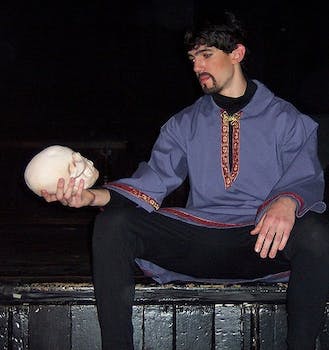 That it should come to this! Students reinvent “Hamlet” with Twitter

Students at a Toronto high school recreated one of William Shakespeare’s most famous plays 140 characters at a time.

“Hamlet” received a modern makeover in the classroom.

Students in Danika Barker’s Grade 12 English class used Twitter to engage with one of William Shakespeare’s most famous plays. The students at Central Elgin District Collegiate in St. Thomas, Ontario, were encouraged to create Twitter accounts for Hamlet characters and to send out tweets while they worked through the play.

The aim, according to the Toronto Sun, was to get the students thinking about the action in the play and what was happening. Twitter helped every student stay involved—no matter the size of their given character’s role. Even characters who die early in the play lived on in the experiment, with the students commenting on new developments from the character’s point of view.

For instance, the student who adopted the role of Hamlet’s late father tweeted before the Danish prince met his demise: “”Hamlet! My son! do not engage in this fight! you’re falling into Claudius’s trap if you fight laertes!”

Some students had never used Twitter before, and all of them were snared by the project, which Barker apparently did not grade. The 140-character limit on tweets meant that the students had to be a little creative when sending the tweets, with slang and hashtags taking precedence over Shakespeare’s verbose soliloquies.

With just 140 characters to make a statement, it would appear that brevity really is the soul of wit for these students of the Bard.