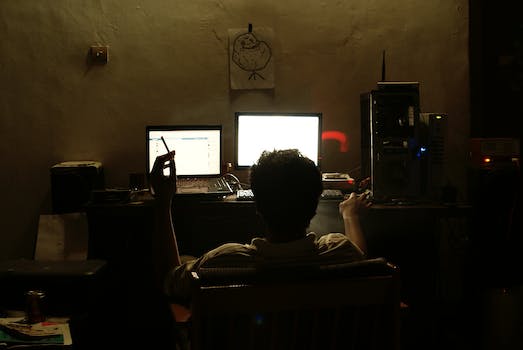 Be careful getting naked on the Internet.

A 21-year-old Frenchman’s sex extortion nightmare began with a Facebook friend request on April 13. The woman was  “beautiful,” the man said, and soon enough they were chatting and exchanging photographs, which became increasingly explicit over the days and weeks. The woman suggested they perform a striptease together over video chat. Standing there naked in front of his video camera, the man somehow realized he was being filmed. He went offline immediately, but it was too late: Threatening emails soon followed, demanding he send money or else they’d send the videos to his friends and family.

Authorities in the Eastern French city of Montbéliard aren’t optimistic. While they believe the outfit behind the blackmailing was likely based out of the Ivory Coast, they don’t think they’ll learn much more. “Such is the sophistication of the operation,” English-language French news site The Local wrote.

The 21-year-old is just the latest victim of sextortion, an increasingly common scam that preys on individuals lulled into a false sense of security in online relationships—or on anyone who’s ever posed nude for a photograph. In April, two men were sentenced to prison for attempting to extort professional poker player Joe Sebok after hacking into his email and finding naked photographs he had taken of himself. The tactic is also commonly used by pedophiles: Canadian teen Amanda Todd committed suicide last year following a years-long extortion campaign. The then-14-year-old flashed her breasts on a videochat site, completely unaware that a predator was filming her.

Now, as the French case illsutrates, the tactic is moving to sophisticated international criminal groups. Be careful getting naked on the Internet, folks.