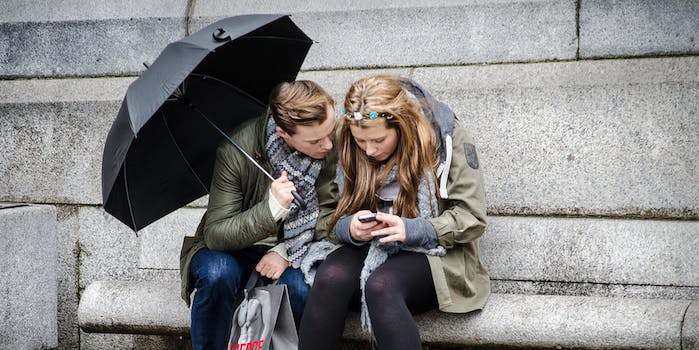 More than 1,000 nude photos have been uncovered in the investigation.

When you were a teenager, probably the most scandalous after-school activity was the French club run by your rumored-to-be-polyamorous 60-year-old language arts teacher. But this is not the case in Virginia, where teens are apparently opting out of extracurriculars and SAT prep to participate in an extensive “sexting ring.”

Maj. Donald A. Lowe, the chief deputy for the Louisa County Sheriff’s Office, has revealed that more than 100 middle and high schoolers have been implicated in a “massive” six-county sexting probe, which has uncovered more than 1,000 nude or sexually explicit images of underage teenagers. The investigation was apparently prompted by the discovery of an Instagram account that featured photos of underage girls, ranging in age from 14 to 17.

“Some guys made up an Instagram page, and they got naked pictures from all these girls, and they started posting them on the Instagram page,” Louisa County high school sophomore Kayla McNutt told Richmond, Va. ABC News affiliate WRIC. The account has since been wiped from Instagram, which strictly prohibits nudity and sexually explicit content.

Investigators have since confiscated McNutt’s phone, as well as about three dozen others belonging to teens who received or accessed the photos. The Louisa County sheriff’s office has said it’ll take about 10 hours to conduct a forensic investigation on each phone.

“We said from the beginning that we’re not going to label everyone who participated in this a sex offender,” Lowe told the Washington Post. “It would be counterproductive to do that. There’s no reason to destroy people’s lives and careers over this.” Instead, the sheriff’s department is launching a county-wide initiative to educate middle and high schoolers about the potential consequences of sexting.