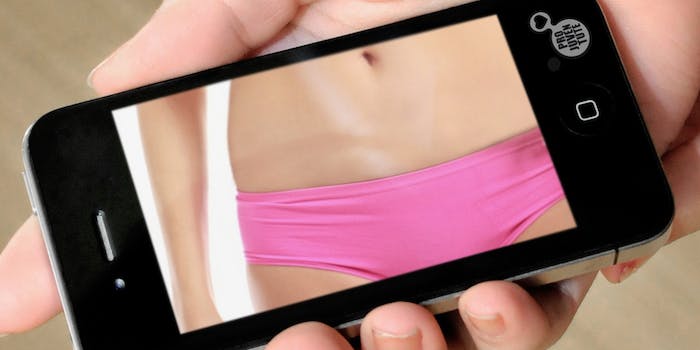 It's hard to be a teenager these days.

Being a teenager is tough these days. Being a teen girl is even tougher, because every gross social expectation heaped upon women rests on your shoulders, along with the pressure and culture of your peers at an age where you’re struggling to figure out who you are and who you want to become. Teenagers live in a climate where they live and die (sometimes literally) by the judgement of their peers, and just like adult women, teen girls are caught in sexist doublebinds when it comes to sexuality and behavior.

Sexting, the latest iteration of the dirty note and the cause of much adult moral panic, is a prime example. The media are constantly up in arms about the epidemic of sexually explicitly messages supposedly sweeping through the phones of our youth, but how common is the exchange of sexual content, and who are they really worried about? If you believe the media, the answer to the first question is “widespread,” and the answer to the second, of course, is girls. It’s girls “ruining their reputations” and having their lives destroyed by sexting, while boys, as usual, get a pass — and here’s where the actual problem lies.

In a recent study, Julia R. Lippman & Scott W. Campbell took a look at the actual numbers on sexually explicit messages between adolescents, and they examined sexting culture. “Damned if you do, damned if you don’t…if you’re a girl” is a refreshingly nonjudgmental paper that makes some sharp points about how we talk about this issue in America, and who is targeted for negative commentary when it comes to discussions about teen sexuality and how teens explore their bodies and identities.

In their literature review, Lippman and Campbell note that according to the studies they looked at, sexting is actually not as common as you might think. One study concluded that a mere 2.5 percent of 10-17-year-olds had sent sexts, while 7.1 percent had received them. At the highest, another study, focusing on 13-19-year-olds, found that these numbers were 19 and 31 percent, respectively. Hardly an epidemic, in other words, and, notably, the researchers didn’t find a significant difference between genders, meaning that girls and boys send such messages roughly equally (the studies didn’t account for non-binary teens or those of other genders).

Furthermore, the few studies on the issue discussed in the literature review, including “Sexting: A Terrifying Health Risk?…?or the New Normal for Young Adults?” and “Sexting as media production: Rethinking social media and sexuality,” suggest that, contrary to belief, risks associated with sexting are relatively low. If sexting were treated as what it is, which is a natural behavior adapted to a new technology, that would help break down the stigma that surrounds it.

Media discussions of sexually explicit messages exchanged by teens frame them as a monstrous horror coming to steal our children, suggesting that nearly all teens are sexting and that most of these messages involve passing around images of young women who are nude or partially nude. In fact, as we can see, the behavior is both not as common as cited, and not as gendered as believed. But the sexist double-standard in the way that people talk about sexting still stands: Girls are the ones who shouldn’t sext because they might look slutty, they might not know where their pictures could end up, they could look desperate.

But it’s boys who are actively soliciting these images. Boys interviewed in the study made derisive comments about girls who send sexts, but the study also shows that boys demanded explicit images from their girlfriends or girls who are interested in them.

Meanwhile, girls reported: “…my boyfriend or someone I really liked asked for them. And I felt like if I didn’t do it, they wouldn’t continue to talk to me.” “…guys ask for them and if we don’t send them they will think we aren’t outgoing and get mad.” So, you’re a slut if you sext, but you’re a prude if you don’t, point out the authors of this study. For young women, there is simply no way to win.

By framing the exchange of sexy texts as something wrong, media and society are both overlooking the fact that it’s a natural expression of teen sexuality and curiosity (adults do it, too!), and the fact that attitudes about sexting say a great deal about how we think of young women. The problem here isn’t that sexually curious young women send pictures of themselves, and it shouldn’t be. It should be that people respond to sexually explicit images and texts with censure, in a way that feeds a sex-negative culture that harms women.

Women and girls are sluts and whores for being sexual, and thus are “asking for it” when it comes to being pressured into sexual activity; if you’re the kind of girl who sexts, you’re easy, slutty, the kind of girl who “puts out.” More troublingly yet, in the world of rape culture that we live in, men and boys are never held responsible for their actions. Thus, boys demanding sexually explicit photographs of girls can walk away from their responsibility and actions without comment; boys are just being boys, and exploring their sexuality. It doesn’t take long for that to progress further, as boys learn that women have no boundaries that can’t be broken down with a firm push.

Unfortunately, girls who choose (and are pressured, in many cases) to exchange sexual messages with boys are caught in the position of not being able to explore their identities and sexualities without judgment. An honest approach to this particular aspect of adolescent sexuality would push teens to explore why they think of their female peers as “sluts” for engaging in it, while boys aren’t challenged for the role they play. This research illustrates that the real problem isn’t sexually explicit messaging, which is simply a normal expression of adolescent sexuality. It’s how we’re raising our boys, and what we’re telling them about girls.

s.e. smith is a writer, agitator, and commentator based in Northern California. Ou focuses on social issues, particularly gender, prison reform, disability rights, environmental justice, queerness, class, and the intersections thereof, and has a special interest in rural subject.