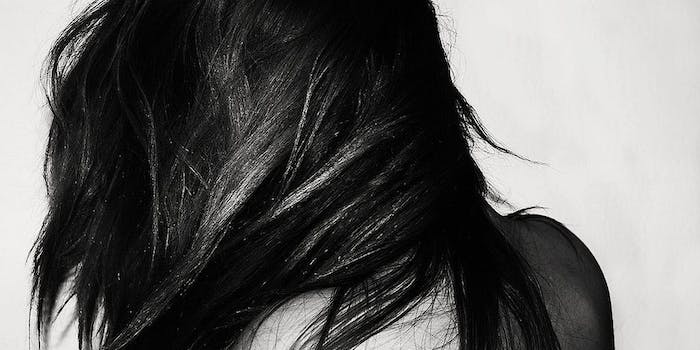 A Japanese court has just ruled that a husband’s dalliances outside his marriage don’t officially count as cheating, because he was paying for sex. The case highlights the conflicted relationship we have with marriage as an institution and with sex workers—though the woman at the heart of the dispute was actually a bar hostess, a member of an occupation occupying a nebulous role in Japanese culture.

Arguing that encounters with sex workers don’t count as cheating could set a dangerous precedent, and it brings the legal system into what should be private marital disputes.

The argument that sex negotiated as part of a service doesn’t constitute cheating is reminiscent of the belief that viewing pornography isn’t evidence of infidelity, but the differences between these two things are rather radical. One involves actual sex with a human being, while the other involves consuming media depicting sex and related activities as an observer, not as a participant.

Conservative columnist Ross Douthat commented at the Atlantic that:

Sex workers are indeed businesspeople, and they’re providing a service—one that’s been particularly popular among men for centuries. Some of the first women immigrating to the United States, for example, were sex workers. At the same time that it’s a popular service, however, it’s also an intimate one that isn’t comparable to any other service provided on Earth, including massage and bodywork or other services involving close personal contact.

Men may seek out sexual services for a variety of reasons, but a desire for intimacy is a common thread, and in many relationships, intimacy outside the relationship would be viewed as cheating. The point isn’t whether it’s paid for or not, but that it’s happening at all.

Relationships are complicated and navigated on an individual level. Some are completely open or monogamish, while others may be strictly monogamous. Within these categories, partners feel out their own boundaries: Does cheating involve actual sex? Intimate emotional exchanges? Lies and deception? Establishing a deep connection with someone outside previously agreed polyamorous boundaries?

Writing for Vice, April Adams describes the relationship between sex worker and client:

Men know that my affection for them is conditional on their affection for giving me money. He’s not visualizing having The Talk with you and the kids and then running away to my hotel room and lovingly moaning my made-up name. I am outside of life. I’m an employee. As much as he might sexually fixate on me, his emotions will not get deeply invested in what we do together.

She points to the emotional distance involved in sex work, categorizing it as both an intimate service and business transaction.

But this changes in situations where a partner is seeing a sex worker outside the boundaries of a relationship where such interactions haven’t been negotiated, and when that partner is deceptive about it. The belief that lying is a key component of cheating—even before physical contact—is common to many people, and if a partner is concealing a sexual relationship with a sex worker, some might legitimately construe that as cheating, paid or not.

To say otherwise is to suggest that sex workers who interact directly with their clients in sexual encounters are equivalent to performers; they are two-dimensional automatons on a computer screen, passive actors. There’s an eerie resemblance here to a notorious 2007 court case in which a judge ruled a case of rape a “theft of services” because the victim was a sex worker. In both cases, the sex worker isn’t a person, just a blowup doll for a client to use and discard.

Sex workers—porn performers, those who provide paid sex, and those who offer a spectrum of other services like stripping and phone sex—face considerable social stigma. Attitudes reinforcing the notion that they’re automatons providing little more than a perfunctory business service are dangerous. These beliefs lie behind the dangers of sex work, like the high risk of physical and sexual assault for women in the industry working in regions where sex work isn’t legalized or at least decriminalized.

Sex is not just a service, even when it’s provided as a service. For the term of a session, it’s an intimate physical connection, and forming such connections is for many the textbook definition of cheating. To say otherwise is to treat the bodies of sex workers as objects, and that leads down a dangerous road.

The objectification of sex workers explains why they receive few legal protections, and why those who do experience assault are blamed for it—including at times when their assaults aren’t related to their profession at all. To be a sex worker is to live with the awareness that your rapist is unlikely to be prosecuted, no matter the circumstances, for example. It means living with the uncomfortable knowledge that police officers are unlikely to pursue physical assailants.

Sex workers’ fears are grounded in the realities of a justice system that criminalizes their livelihood. Prostitutes who report sexual assault to police can be laughed at, ignored, accused of lying, arrested, or worse—even when the assault didn’t necessarily happen on the job.

Sex workers also live and work with a legal sword of Damocles hanging over the heads, knowing that if they are exploited and abused, they—rather than their exploiters—are the ones likely to face charges. Supposedly well-meaning laws and organizations often focus on penalizing sex workers in the guise of protecting people from human trafficking, reminding sex workers and the public that sex work carries loaded social implications.

Laura Agustin writes for Salon about the “rescue industry” and how it dehumanizes sex workers, playing into larger tropes about “fallen women” as objects:

Abolitionists talk continuously about prostitution as violence against women, set up projects to rescue sex workers and ignore the dysfunctionality of much that is conceived as “rehabilitation.” Contemporary abolitionism focuses largely on the rescue of women said to be victims of trafficking, targeting the mobile and migrant women I mentioned earlier, who are now completely disappeared in a narrative of female victimhood. Although much of this goes on under a feminist banner, colonialist maternalism describes it better.

Society denies even the most fundamental humanity of sex workers on a routine basis, making rulings like this one unsurprising. It’s not cheating, after all, if it’s not a real person.

In this instance, a court was ruling on an individual case in an individual marriage, which it shouldn’t have been doing in the first place. The argument between the plaintiff and the respondent represented a dispute over the boundaries and terms of a marriage, something better addressed with a marriage counselor, not in a court room.

The fact that the case went to court at all serves to further highlight attitudes about sex workers as property to be argued over, and the court’s ruling was a disappointing testimony to the logical outcome of those beliefs.