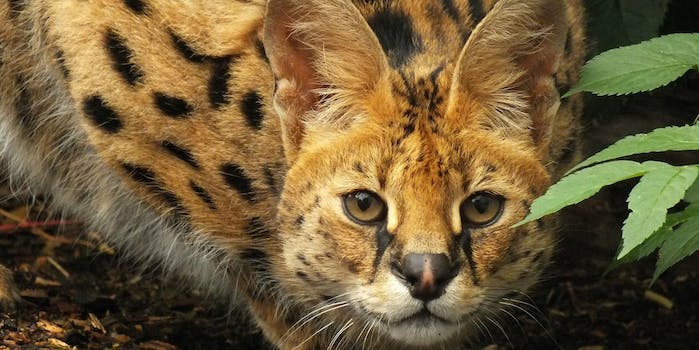 A rare, African serval cat caught the Web’s attention Monday as a Vancouver Island, Canada couple photographed it trotting down a road—lost and out of place. Tragically, the curious feline appears to have been run over and killed by Sooke, Canada resident, Peter Henry. 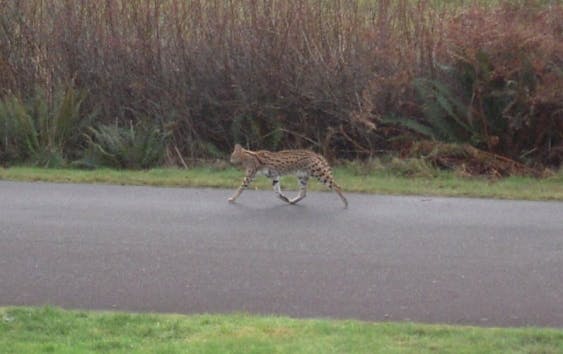 Monday morning, Henry posted its carcass strewn across his truck bed with the caption: “I ran over this exotic serval cat last night … waiting for conservation officers to contact me!! Kinda shocking when it jumped out in front of the truck!”

The rare wild species is sold for as high as $8,000 by breeders. Serval cats are commonly domesticated as pets. However, servals can grow to be about three-feet-tall and have an tendency to get loose—they are illegal in several U.S. states. They’re commonly known to mark their territory, require space to roam, and live about 20 years.