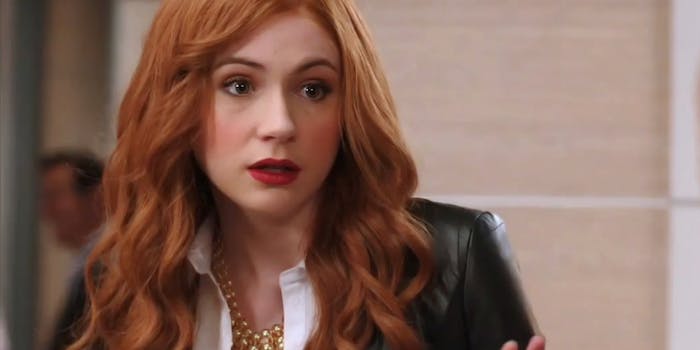 ABC's Selfie failed to generate the Internet's interest. Here's how to learn from its mistakes.

Whether you’ve watched it or not, ABC’s Selfie is an easy show to hate. After all, with such a ridiculous name, how could anyone even think to take it seriously?

That’s why it’s so shocking that, despite possibly having the worst title of any show ever, Selfie, created by Emily Kapnek of Suburgatory (another ABC show with a terrible name) and starring Doctor Who’s Karen Gillan and John Cho, is actually supposed to be pretty good. The Boston Globe’s Sarah Rodman writes, “Both the title and the first few minutes of the new ABC comedy Selfie…nearly ruin what could turn out to be a charming show.” And Morning After’s Jacob Clifton takes his praise a step further, declaring that “the show is doing exactly what it’s set out to do: Explore some of our media-obsessed culture’s most prominent conflicts, with compassion for both sides.”

But what’s really funny about Selfie is that it isn’t the first time ABC has messed up a show thanks to an absurd name. “I don’t have a magic answer for what titles are good and what titles are bad,” mused HitFix’s Daniel Fienberg in May. “I have, however, gotten a handy rule of thumb in recent years: If the ABC Comedy Development Department thinks a title is good, it probably isn’t.”

Why this keeps happening isn’t clear. But one thing is for sure, and that’s that ABC needs some new rules for naming their shows, and fast.

1) Stop Trying So Hard to Appeal to the Internet Generation

Here’s the thing about people who use the Internet: a lot of them really like TV. With online fandom going stronger than ever, there’s no need to tie the actual concept of the web into a title. If people think the show is good, they’re going to talk about it on the Internet anyway. Picking an Internet-related name won’t automatically make people more interested. And as Selfie has already proven, it can actually make people more skeptical about a show. In fact, it kind of makes you look desperate.

Although Selfie is surely the best example here, How to Get Away With Murder fits into this category, too. The name isn’t inappropriate, but it sounds almost like an Internet think piece. And while the show has already found an audience and gotten good reviews, you can bet that has more to do with the talent of creator Shonda Rhimes than it does with picking a name that comes off like a list you’d read on Thought Catalog or BuzzFeed.

A good rule of thumb—if you can’t say the name of the show on the network it’s airing, you’re doing something wrong. $#*! My Dad Says had the added problem of being based off a Twitter account, making it a strong candidate for number one on this list, too.

Apt. 23 (another revised version of the show’s title) on the other hand, ended up being pretty well-received, and gained a cult following strong enough that its final eight episodes were made available online following its cancellation after the second season. So while there’s no way of knowing for certain, it’s entirely possible that had ABC not tried to sell the show on its profane title, a larger audience may have responded to its good qualities, rather than balking at a name that, yet again, was just trying to hard to be cool.

As Ben Cosman at The Wire put it, “Notice how the curse word doesn’t survive, but that the desperate flailing to be “edgy” does? The whole endeavor smacks of a 13-year-old trying to sneak a cigarette out back and getting caught by their mom. Besides, it’s the kind of thing that leads to boycotts, and all for what? A few dashes to give the illusion of naughtiness? Save it for premium cable, guys.”

Take the swearing out of the equation, and other ABC shows that tried to capitalize on the most risqué parts of the zeitgeist have run into issues too. The 2009 Courteney Cox vehicle Cougar Town was canceled after three seasons, although it ended up being resurrected in 2012, courtesy of TBS. Last year’s Trophy Wife, given the axe after one season, has not yet been so lucky.

However, Fienberg argues that Cougar Town had bigger issues. “The lore has always been that audiences rejected Cougar Town because of the title and that’s why it struggled,” he writes. “That lore is a lie. Cougar Town drew a massive audience for its first couple weeks and dwindled in large part because Cougar Town only truly found its comedic voice in the second half of that season… But there’s still the segment of people on Twitter and message boards who say they didn’t watch it because they hated the title.”

Even this season’s Black-ish could apply here, because although the show has gotten very good reviews, its racially-charged name has also turned some people off. As with How to Get Away with Murder, the title is not unwarranted, but it does come off as slightly aggressive right out of the gate.

On Black-ish, Fienberg says, “I totally get the title… But I also understand why it won’t be comfortable for viewers to use and why it might give the impression to viewers of many races that it isn’t necessarily a show that embraces inclusiveness. Because the title is meant ironically, of course it embraces inclusiveness. But what does ABC think it’s gaining from making viewers go that extra mile?” He also asserts, “The midseason comedy Fresh Off The Boat is going to have nearly the identical problem.”

Maybe it’s a good thing that Black-ish is trying to challenge viewers, right down to its very name. But that doesn’t mean it’s not a weird title.

Obviously, Selfie and Black-ish don’t apply here, but there’s no denying that How to Get Away with Murder and Don’t Trust the B— in Apartment 23 are a mouthful. The latter of these is particularly egregious, since there’s no reason Apartment 23 wouldn’t have been a fine title on its own, as the network eventually learned. Not only was the show trying to be edgy, its name was annoying to bring up in conversation, simply by virtue of the fact that it’s a sentence in and of itself.

Does this sound stupid? Maybe a little. Any intelligent person can take the few seconds required to say some extra words, or just think of a way to shorten a title on their own. But there’s also the question of how the title rolls off the tongue, which, as was the case with Don’t Trust the B— (yet another re-titling,) it didn’t.

The film industry has had a problem with this too, lately. Take Ridley Scott’s upcoming Moses story, Exodus, which has since been changed to Exodus: Gods and Kings. On its own, Exodus is a good, not to mention appropriate, title. And so is Gods and Kings, for that matter. But together, it’s too much.

This obsession with colons and qualifiers doesn’t make a title easier to digest, it makes it harder. Other recent and upcoming films that are an excellent example of this include Precious: Based on the Novel Push by Sapphire, Legend of the Guardians: The Owls of Ga’Hoole, The Twilight Saga: Breaking Dawn—Part 2, X-Men: Days of Future Past, Knights of the Round Table: King Arthur (a title that sounds like it’s in the wrong order), and, without question, Batman v Superman: Dawn of Justice (which happens to be Zack Snyder’s second entry on this list.)

Considering that they already have a penchant for long titles, ABC would be wise not to follow the rest of Hollywood down this hole, lest they end up with a midseason premiere like Don’t Trust the B— Part 2: How to Get Away With Living With Your Parents (The Saga Continues).

If a show is good, people will find it. Or at least, a few people will, and if it gets canceled, it’ll have a better shot of getting a second life down the road. Or, sadly, it’ll fail to attract anybody, but if that’s the case, you can bet that a mere name change wouldn’t have saved it.

Something like Selfie screams, “THIS IS ABOUT THE INTERNET,” which isn’t helpful, it’s abrasive. Networks have to trust that their shows are good enough where viewers will be enticed even if they don’t know every little detail going on. And they also have to trust that those viewers are smart enough to figure out what a show is about on their own.

Seriously, How to Live With Your Parents (For the Rest of Your Life) sounds like a title that was used in a pitch meeting, and never changed out of laziness. And ABC, Don’t Trust the B— in Apartment 23, really? Was it essential for you to tell us that there was a b**** in this show? And that she lived in Apartment 23? And that we shouldn’t trust her?

5) But Pick a Name That Actually Fits the Show

There are about a million other names that would have worked for these shows, making Selfie and Cougar Town among the worst options.

How much is in a name? Perhaps not a lot, but ABC, and the rest of the entertainment industry, would be wise to reconsider their current method of titling. A great name is not the be all and end all for a successful movie or TV show. But it’s a start. And in the long run, a title that jumps out and shouts in your face is likely to be less successful than one that is simple but appropriate.