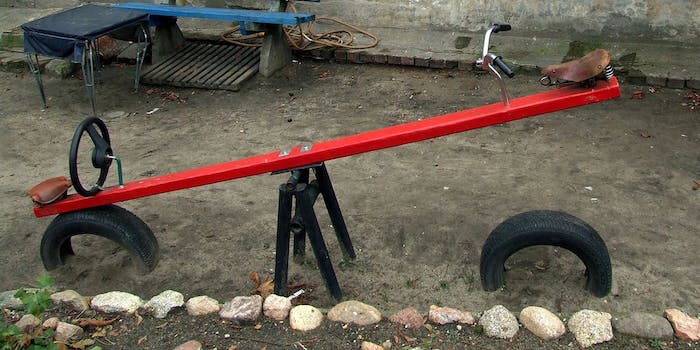 We never realized seesaws could look so awesome.

Seesaws: They’re not just for kids.

This video has totally changed our minds about seesaws, which are apparently perfect for badass gymnastics routines. Watch as these two adult men leap high into the air, flipping over each other using just the power of the seesaw.

Don’t try this at home—although we can understand why you’d want to, because it looks totally awesome.

Photo via Mohylek/Wikimedia (CC BY SA 3.0)