Sebastian Bach is selling $300 tickets to his wedding

Man, hanging out with rock stars can get pricy.

If you want to party with rocker Sebastian Bach and his fiancée Suzanne Le on the night of their wedding, they’re more than willing to welcome you to the reception. As long as you’ve got a gift payment of $300.

For real? For real. 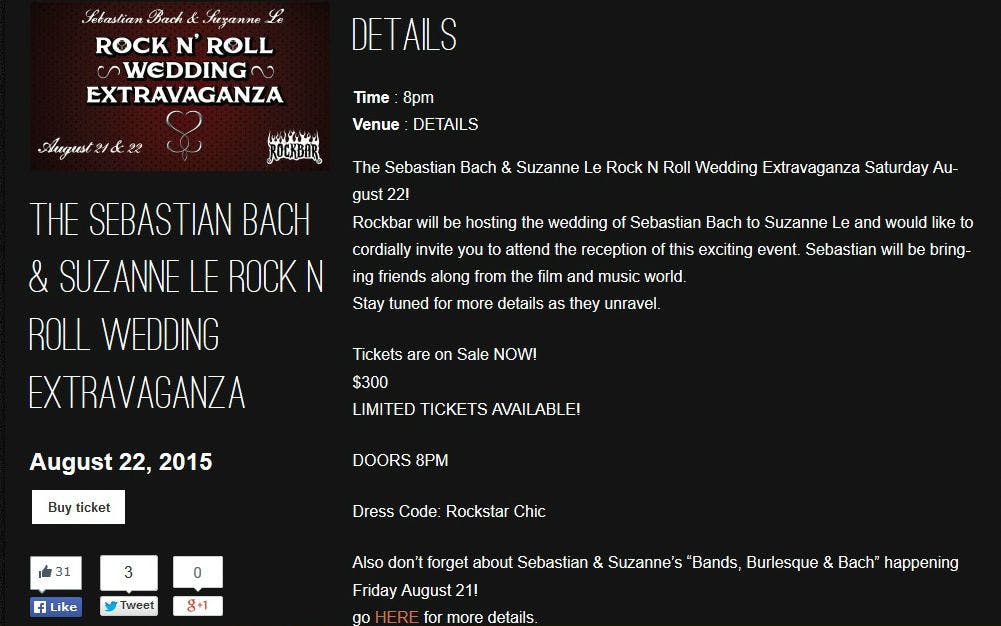 Not surprisingly, this invitation led to a certain amount of online ridicule from people who either don’t like Bach, his past and/or current music, or having to pay admission to get into a wedding reception (especially if, on top of all that, there’s a cash bar—which is a pretty safe assumption).

An example of the criticism: this metalsucks.net article, which opines …

In addition to the chance to hound Baz for an autograph on his wedding day, you’ll also be able to hang on the nuts of other C-list celebrities, as “Sebastian will be bringing friends along from the film and music world.”

Does the idea of a rockstar charging people to attend his wedding sound totally fucking insane and tasteless to you? You’re not alone!

But Bach and Le have their own side of the story.

Le also tweeted that the couple isn’t making money from the reception. Instead, she explained the profit is earkmarked for the bar hosting the shindig—the owners of which apparently are friends with the couple— and a charity called Operation Smile.

This is all somewhat confusing, but let me break it down simply for you. If you want to hang out with Bach and his new bride on Aug. 22, buy a ticket (if it’s me, I’m also demanding he sing a rendition of “Quicksand Jesus“). If you don’t, that’s cool also. But why complain to the bride about it on Twitter? It makes no sense.

Oh, and if you need to know what rockstar chic is, let Bach guide you. 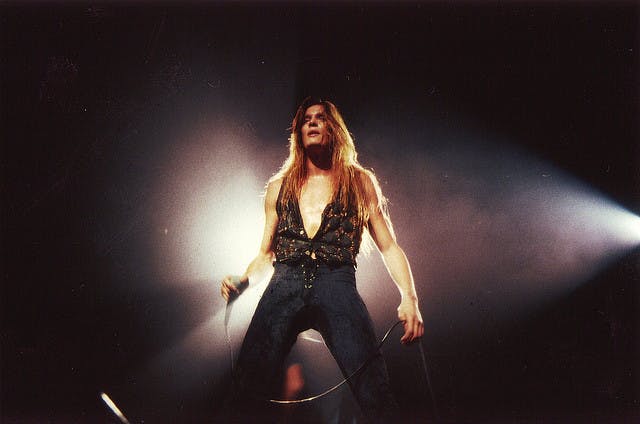 Photo via Jamiecat/Flickr (CC by 2.0)