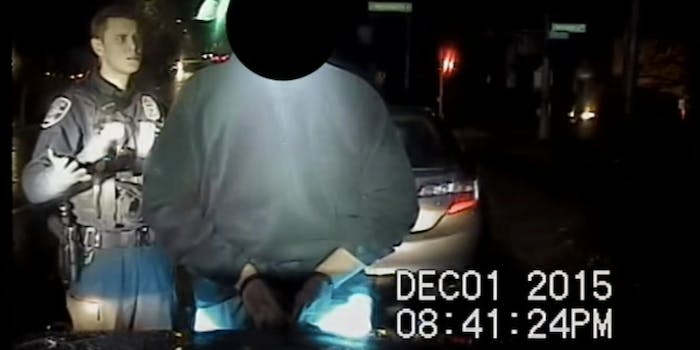 Happy holidays. Please do blow in the privacy of your own home.

There are a couple of things you probably shouldn’t do during a traffic stop, and snorting cocaine is one of them. A 73-year-old man learned that lesson the hard way.

A video produced by Seattle Police Public Affairs letting people know that cops will be conducting extra traffic safety patrols this holiday season uses dashcam video of the driver, who was going to be let go after being stopped, only to get caught doing some blow and blowing the whole situation.

You can hear the total disbelief in the cop’s voice when he approaches the car about to excuse the man, only to catch him in an activity more illicit than something traffic-related.

Talk about getting caught white-handed.