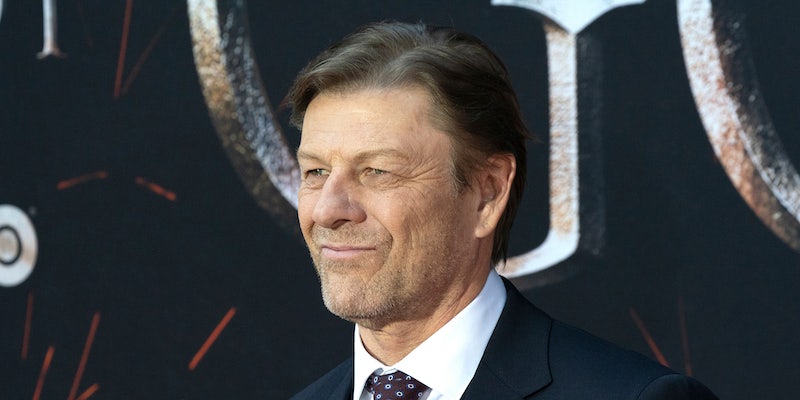 Rachel Zegler was among Sean Bean's detractors, tweeting, 'spontaneity in intimate scenes can be unsafe.'

In the wake of the #MeToo movement, intimacy coordinators have become more commonplace in the film industry. Hired to oversee sex scenes, these consultants make sure the filming process is comfortable and consensual, offering advice and advocating on behalf of actors.

Since there’s a long history of actors being pressured to film nudity and sex scenes outside their comfort zone, intimacy coordinators are widely seen as a positive step foward, creating a more welcoming work environment. So when actor Sean Bean spoke out against intimacy coordinators this week, his remarks were not well-received.

In an interview with the British Times magazine, Bean said that intimacy coordinators would “spoil the spontaneity” and “inhibit” his performance, harking back to his role in the famously-sexy 1993 movie Lady Chatterly’s Lover.

“It would inhibit me more because it’s drawing attention to things,” he said. “I think the natural way lovers behave would be ruined by someone bringing it right down to a technical exercise.” He also mentioned his recent work in the TV show Snowpiercer, saying that when he filmed a “surreal” nude scene with actress Lena Hall, it was partially cut from the show.

These remarks attracted criticism online, with actors and filmgoers defending the importance of intimacy coordinators. Some namechecked scandals like Marlon Brando sexually assaulting Maria Schneider while filming a sex scene for Last Tango In Paris, while others cast doubt on Bean’s attitude to consent, highlighting his domestic violence allegations. His Snowpiercer co-star Lena Hall was among those to respond, tweeting that “intimacy coordinators are a welcome addition to the set”—while also saying that Sean Bean is “an awesome actor” who made her feel comfortable while filming “bizarre scenes.”

Lena Hall mentioned her theater background in response to another moment in Sean Bean’s interview, where he referred to Hall as “up for anything” due to her “musical cabaret background,” contrasting her with other actresses who might be more uncomfortable with experimental and/or sexual scenes.

Bean’s comments also sparked pushback from other actors including Rachel Zegler (West Side Story) and Rahul Kohli (The Haunting of Bly Manor), who spoke out in support of intimacy coordinators. “spontaneity in intimate scenes can be unsafe,” Zegler wrote. “wake up.”

Over the past few years numerous actors have praised the introduction of intimacy coordinators, with Kate Winslet saying, “I definitely wish I had them in the past, I definitely do.”

TV stars from raunchy shows like Bridgerton, Outlander, and Euphoria have also expressed gratitude toward their intimacy advisors, with Outlander‘s Sam Heughan emphasizing that they’re there to help and protect actors, particularly those who are new to the industry. So Sean Bean’s dislike of intimacy coordinators certainly seems to be a minority opinion.

The Daily Dot has reached out to Sean Bean’s representatives for comment.