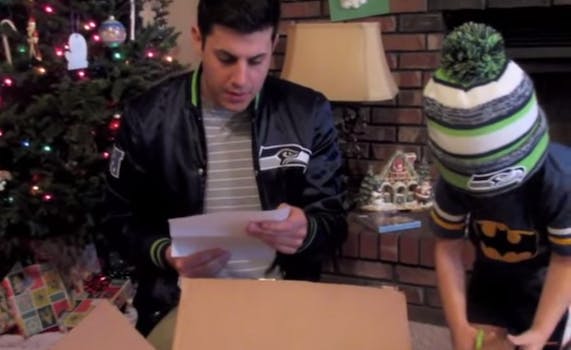 This Seattle Seahawks superfan got the surprise of his life this Christmas.

Seattle Seahawks superfan Alex Hughes has a story that should be turned into the next holiday sports film classic.

Hughes, of Tulsa, Okla., traveled to Kansas City to see the Seahawks earlier this year. The night before, he wore his Seattle jacket out barhopping with friends, and a girl stopped him on the street, asking if she could wear it for a photo. He asked why, and she said she wanted to send it to her boyfriend. Who’s her boyfriend? Seattle running back Robert Turbin.

He didn’t believe her at first, but after she showed him some texts from the athlete and Instagram photos of him on her page, Hughes figured, what the hell. They took the photo. The girlfriend offered to let Hughes meet Turbin after the game, but his phone died, and he was never able to get hold of her. His friends told him he’d just gotten catfished.

But then the girlfriend looked up Hughes on Instagram and got his address.

Cut to mid-December, when a package labeled “Seahawks” arrived at Hughes’s door. 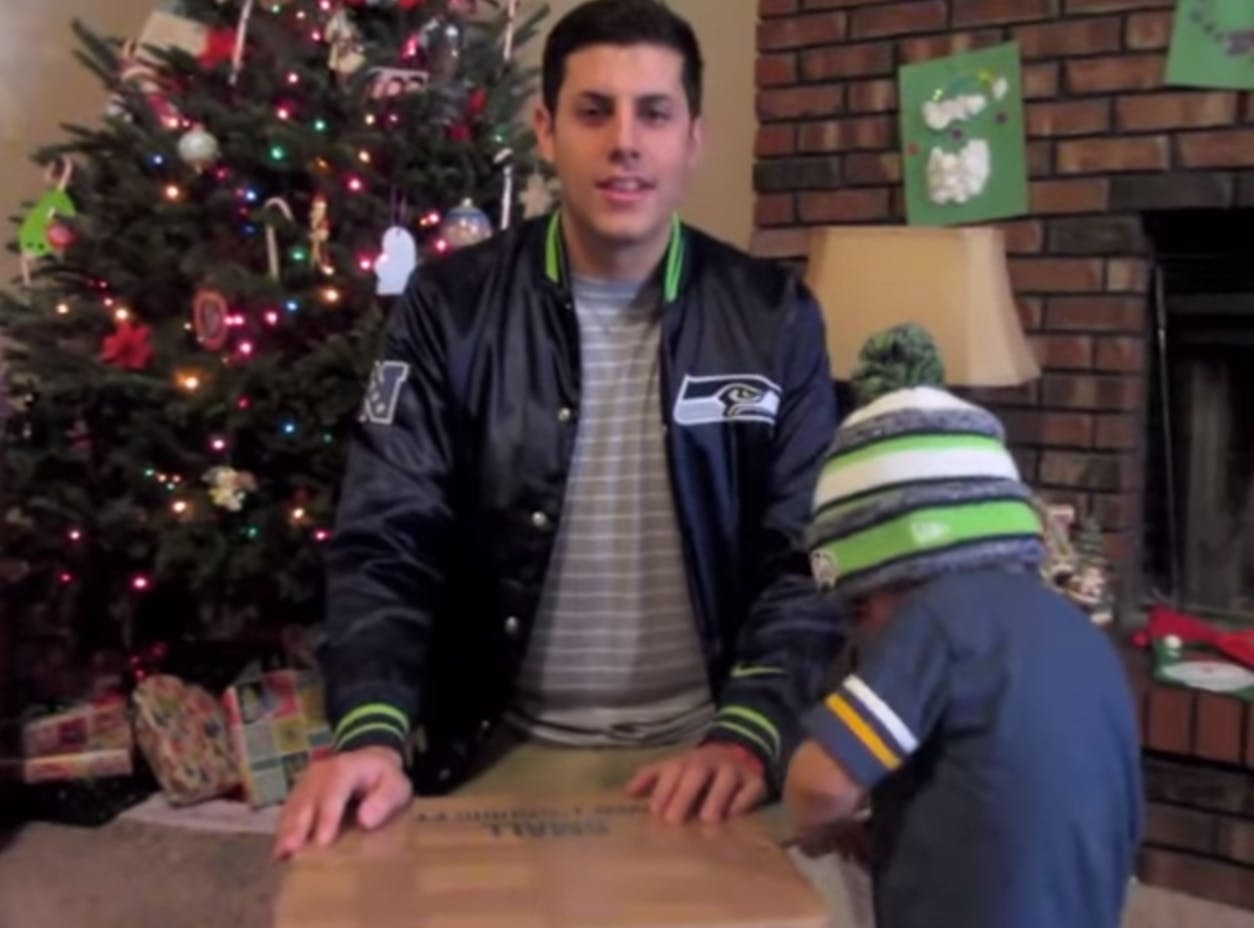 With his wife filming, Hughes and his son, Cooper, carefully open the package. (The real star of this video is Hughes’s kid. You’ll see why.)

When Hughes sees it’s a Seattle helmet signed by the entire team, he can’t help but cry. His son, confused, asks if his face hurts. Then: “Wear the hat!”

“I was just happy to get anything,” Hughes said, “and then to get this with 30 signatures on it. … I just imagine Robert taking the time for some stranger to walk around his locker room and bug his friends to sign some thing for some guy in Oklahoma—that’s incredible that you could have a job that can make somebody that happy.” 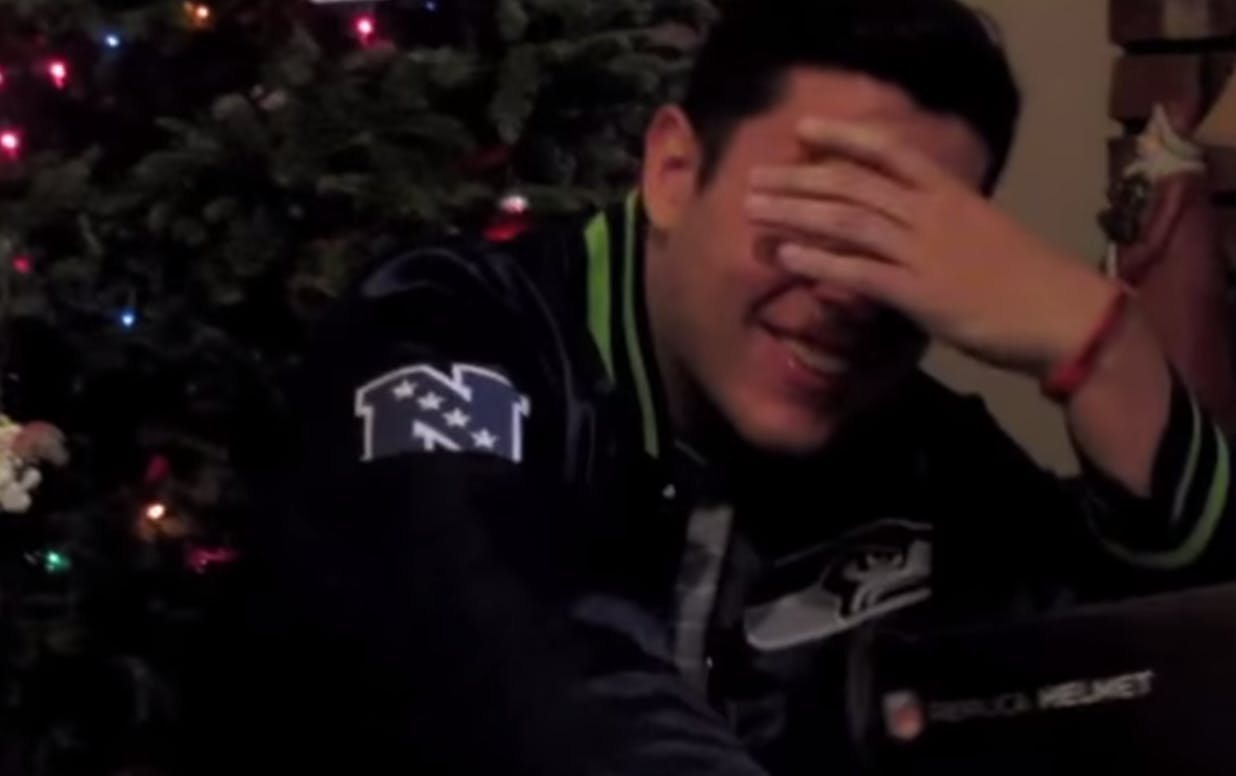 The video blew up on Reddit, whose commenters latched on to one specific detail: Cooper, the kid, holding his scissors super-close to his dad’s neck. Also how agonizingly long it takes Coop to open the package. The Reddit thread even launched a spinoff subreddit called F**k Coop. Dad has the patience of an angel.

Hughes says Turbin is his favorite athlete now. “Robert, I don’t know if he’s going to see this, but thank you a million times over. I don’t know how I could ever repay him, but it’s just an incredible thing that he’s done for me.”