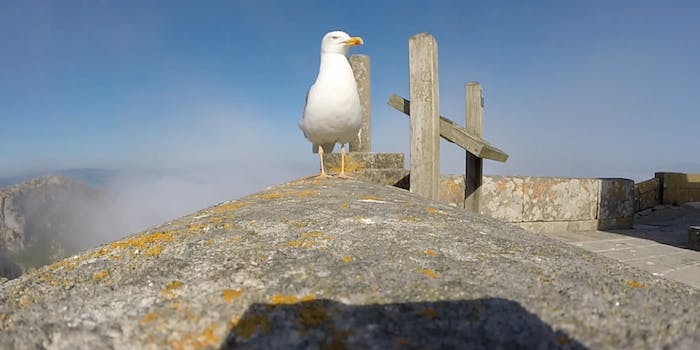 Not so much a birds-eye view as a view of a bird's eyes. And beak. And feet.

Here’s a GoPro video from an angle we’ve never seen before: the inside of a seagull‘s beak.

YouTube user Martin Lozano was making a vacation video in Spain when a mischievous seagull snapped up his GoPro camera and flew away. The footage is surprisingly steady, including a brilliant seagull selfie when the bird finally brings the camera back to earth.

Let this be a lesson to all GoPro users: don’t leave your camera lying around where a bird can steal it and fly away. Most of them won’t bother to bring it back.