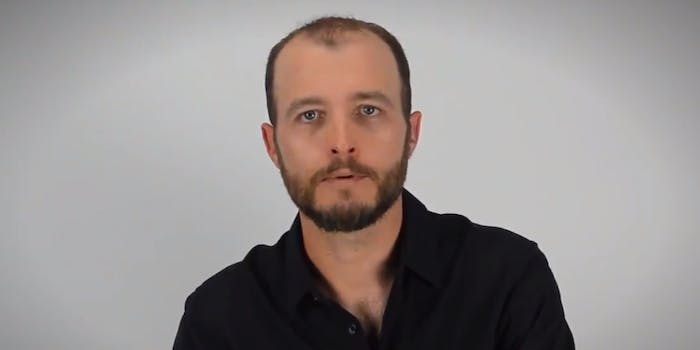 Hollywood and Broadway producer Scott Rudin now faces multiple accusations of workplace abuse, including allegations of physical assault. So far, the entertainment industry has been slow to respond. But a new video filmed by the twin brother of Rudin’s former assistant, who died by suicide last year, may prompt more people to take action.

According to an exposé published by the Hollywood Reporter, Rudin’s assistants bore the brunt of his toxic behavior. Those assistants tended to be people under 25, and due to the fast turnover of staff quitting or being fired, one former assistant said “hundreds and hundreds of people” have “suffered” over the course of Rudin’s career.

Kevin Blake Graham-Caso worked for Rudin from 2008 to 2009. According to his brother, David Graham-Caso—the deputy chief of staff and communications director for Los Angeles council member Mike Bonin—Kevin was permanently scarred by the experience.

In an intense video message, David states that Rudin “abused [Kevin] severely,” and “bullied and intimidated and harassed him for eight solid months.” As a result, Kevin developed anxiety, depression, and post-traumatic stress. And according to his brother, “Like many survivors of traumatic abuse, he soon found himself in another abusive relationship.”

After sharing his brother’s story, David calls upon the entertainment industry to take action. He also says that Rudin promising to “step back” from his Broadway projects is just a “shrewd PR strategy to avoid real consequences.”

Rudin is an extremely well-connected producer in both film and theater, with multiple Oscars and Tony Awards under his belt. This success protected him from scandal, although his behavior was an open secret. David Graham-Caso is not the first person to point out that unless A-list stars and studios refuse to work with Rudin, he will continue to be a powerful figure in the entertainment industry.

Acknowledging the abuse accusations, Rudin released a statement on Friday saying he will “step back from active participation” in ongoing Broadway shows like To Kill a Mockingbird and The Book of Mormon. However, it’s unclear what that means in material terms. He hasn’t actually been fired or quit his positions and will still make money from these projects.

Meanwhile, none of Rudin’s A-list collaborators in the film industry have commented or distanced themselves from him. His IMDb page is packed with star-studded upcoming films including The Woman in the Window, Joel Coen’s The Tragedy of Macbeth, Wes Anderson’s The French Dispatch, and Red, White and Water starring Jennifer Lawrence.