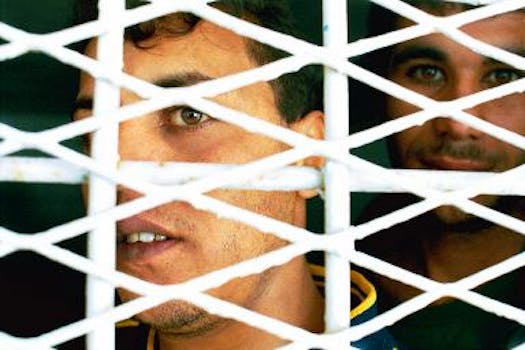 The prisoner created an account using a fake name and with a cartoon avatar, likely through a smuggled smartphone.

A convicted rapist in Scotland used Facebook to friend 55 women from a minimum-security prison. It’s unknown how many more he tried to contact.

John McDougall, 31, was convicted in 2000 for raping a 19-year-old at knife point in Irvine, a town on Scotland’s western coast.

He’d been moved to what’s known in the UK as an “open prison,” which allows low-risk prisoners to prepare for the outside world.

Still, McDougall should not have been allowed computer access. It’s believed he used Facebook through a smuggled smartphone.

McDougall made an account using the name John Boyd, and made his avatar a cartoon. He even convinced one woman to come to his former apartment, said a prosecutor.

“She was made aware by him that his real name was John McDougall. Letter and phone contact later ceased,” said Prosecutor Suzanne Fotheringham.

Fotheringham added that McDougall used an fake name because his rape conviction could be “easily looked at should a person access the Internet.”

There are over 400 people named John Boyd on Facebook, but the rapist’s account appears to have been deactivated.

Sheriff Alistair Watson told the Herald Scotland: “Prisoners serving sentences for serious offences, including rape as in this case, can obtain Internet access and – almost unbelievably – set up a profile on social networking sites and use them as they choose.”

As a result of violating the sex offender registry, McDougall received an additional 34-month sentence.