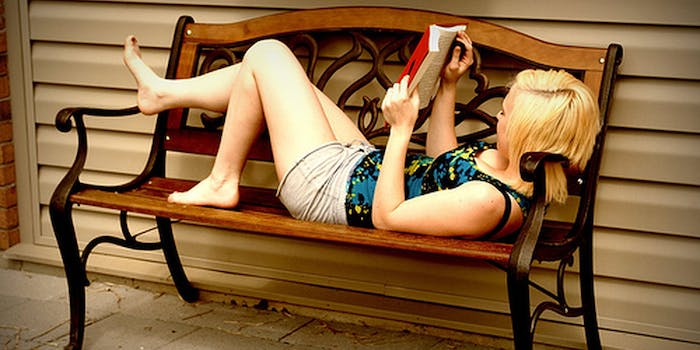 Ladybusiness set out to track gender bias in reviews of SF/F books online. And in their own words: “SPOILER: it’s depressing.”

Harry Potter, Twilight, and The Hunger Games: Three of the biggest titles in sci-fi/fantasy literature, and all three are reliant on largely female fandoms. If mainstream popularity is anything to go by, then the era of the stereotypically male genre fiction fan is over.

But according to feminist writing blog Ladybusiness, women still have a long way to go in the world of sci-fi/fantasy literature. Mirroring The Count 2012, an annual report on the representation of women in professional book reviews, Ladybusiness set out to track reviews of SF/F books online. And in their own words: “SPOILER: it’s depressing.” 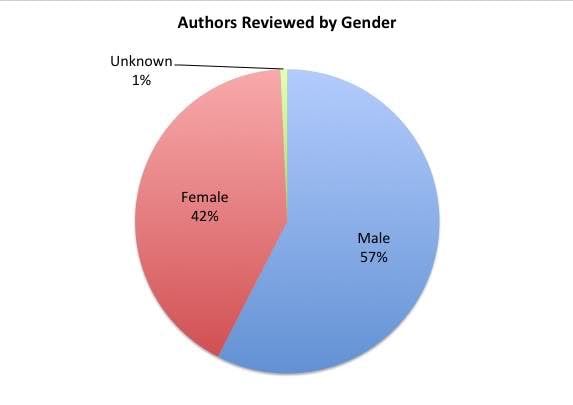 While The Count included publications such as The Atlantic and The New Yorker (both of which skewed heavily towards male book reviewers and authors), Ladybusiness collates review data from SF/F sites such as sfsignal, The Alternative, and Speculative Book Review.

Despite the huge success of female-led sci-fi series such as The Hunger Games, most SF/F books reviewed online are still written (and reviewed) by men. Also, evidence suggests that many male SF/F reviewers prefer to review books written by men rather than women. In 2012, only 25 percent of female authors were reviewed by men, while female reviewers tended to be more egalitarian. 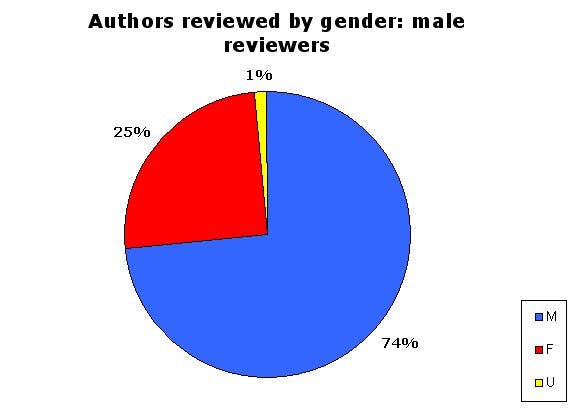 While VIDA’s 2012 Count was met with criticism and accusations of sexism in the mainstream media, the information presented by Ladybusiness is harder to explain. Most of the reviewers in question are fans rather than professionals, and it’s difficult to blame The Man for blogs that are written on an individual, unpaid basis.

As Ladybusiness points out, the situation is a complex one. While many popular SF/F fandoms are now female-dominated, “hard” sci-fi and fantasy literature is still often seen as more traditional, and tends to be more welcoming towards male fans and authors.