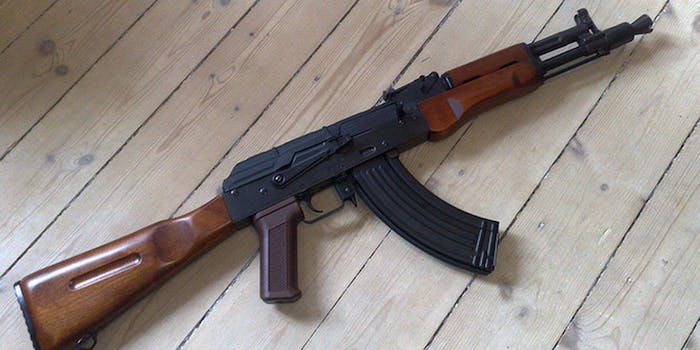 A Washington man was sentenced Thursday to three months in jail after he threatened to "shoot up every school within a 100 mile radius" if new laws restricted his gun ownership.

A Washington man was sentenced Thursday to three months in jail after he threatened to “shoot up every school within a 100 mile radius” if new laws restricted his gun ownership.

Korry Martinson, 19, posted the alarming rant on Facebook just hours after the Sandy Hook Elementary massacre in Newtown, Conn., on Dec. 14. He pleaded guilty to felony harassment in what KOMO-TV called an “unusual” agreement with prosecutors in Sedro-Woolley.

Martinson agreed to undergo a mental health evaluation, so if the tests indicated he could post as risk to the community, the plea stands. However, if he doesn’t pose a risk, his felony plea will be withdrawn and will be charged a gross misdemeanor harassment instead.

Regardless, Martinson will serve three months in jail and can’t possess a firearm for up to five years, notes the Skagit Valley Herald. Two weeks ago, a man in California was arrested for a similar threat by warning the massacre in Newtown was just the beginning.

Several people saw the disturbing note, which Martinson posted in a group titled “Competition for most hottest teens<3,” and reported it to police.

“I would personally like to thank the man who did this,” allegedly wrote Martinson on Facebook. “You will looked upon as a hero in my eyes.” He went on to warn that he would get his “sawed off double barrelled shotgun and my AK-47” and shoot at several schools.

His mother was alerted when people called her to tell her about the post. The confrontation between her and her son turned into an argument when Martinson fled before police arrived. He turned himself into police two days later where he was placed into Skagit County Jail for investigation of felony harassment.

“Only one person in the world would say (what he did) and he’s standing right here,” Rickert said. “… This has to top the cake.”