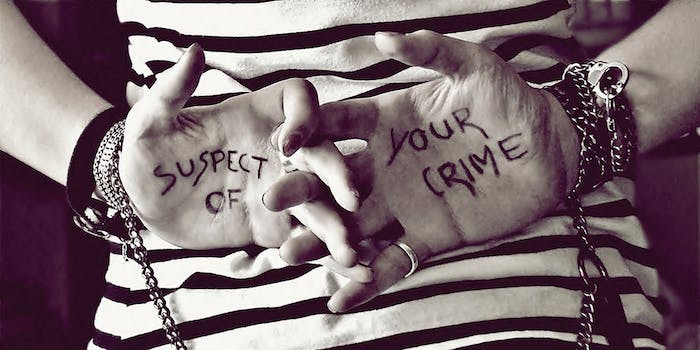 Sex worker welfare might not matter, but the interests of big tech do.

The Kirk-Feinstein Stop Advertising Victims of Exploitation Act, better known as the SAVE Act, is among the latest legislative attempts to target and further marginalize sex workers under the guise of combating human trafficking. The federal bill meant “to provide for enhanced criminal and civil remedies in the protection of children and other victims of commercial sexual exploitation and related crimes” would require all content platforms that host advertisements for sexual services, whether knowingly or not, to collect detailed financial and personal information from all advertisers.

Remarkably, it is likely going to fail in the Senate. But the SAVE Act is not likely to fail because of a political epiphany that sex workers might, in fact, be human beings entitled to labor rights or privacy or free speech. It is going to fail because, as it turns out, people can sell sex in more visible places than many people realize.

If passed, it would have an absolutely crippling effect on a huge portion of the sex industry, particularly among the most marginalized sex workers. It would decimate their incomes, expose them to additional interactions with law enforcement, and function as a massive surveillance operation of both the legal and illegal elements of a sex industry that is already under relentless scrutiny by law enforcement. But because sites like Facebook, eBay, and Amazon are content platforms that could potentially be asked to serve as an arm of the law under the SAVE Act, the crowd that pays attention suddenly extends beyond sex workers and their modest community of allies.

On the surface, the SAVE Act looks as though it targets well-known destinations for the advertisement of sexual services like Backpage and the wounded but still active Craigslist, where sexual services are disguised in thicker euphemisms than on its more explicit counterparts. But the language of the bill casts an enormous digital net with its definition of “advertisement”:

The term ‘advertisement’ includes any written or verbal statement, illustration, or depiction in any medium which is designed, in whole or in part, to induce a lawful or unlawful commercial exchange of a good or service for money, property, or another item of value, including another good or service.

Most of the critiques of the SAVE Act have focused on the fact that content platforms would be punished for publishing third-party advertising content relating to the sale of sexual services, whether they hosted it knowingly or not. Critics are understandably concerned about the implications of  these measures on the free speech and privacy of those platforms. For example, Facebook would have to screen every status update for commercial sex content — even for legal sexual services — in order to prevent being implicated under the SAVE Act. This would create an enormous human resources burden and presumably anger a user base that is increasingly suspicious of the social network’s privacy protocols.

An analysis by the Center for Democracy and Technology points out the broad implications of this definition:

If an adult performer were to use a social networking site to promote his services, the operator of the site would be required to collect his identifying information, regardless of whether the content appeared as a paid advertisement or through regular use of the service such as through a tweet or status update.

For many readers that have never seen a sexual service advertised on sites like Facebook or Ebay, the concern over the application of the bill to social networks and other platforms not traditionally associated with sexual services might appear like a lot of hand-wringing over a hypothetical.

But what is missing from much of the analysis is the fact that sex workers are already frequently targeted online by both law enforcement and even members of a morally panicked public, and the SAVE Act might only exacerbate that profiling. The FBI seizure of the free sex work advertising site MyRedBook.com in June and the NYPD’s suggestion that ordinary citizens spot and report sex crimes both indicate that sex work, in both legal and illegal forms, is already under relentless surveillance even when nothing illegal is happening.

In an email correspondence with Sienna Baskin, co-director of the Sex Workers Project at the Urban Justice Center, Baskin writes, “Many of our clients have been falsely arrested by police simply because they are recognized as ‘known prostitutes.’ It is the act of prostitution that is a crime, not the status of being a prostitute, but sex workers who have been arrested once feel constantly at risk.” In other words, people do not recognize the work of sex, they recognize only the sex worker, whose very existence is considered degenerate and illegal.

Consider the hypothetical example of a woman who works at a strip club posting a photo of herself to her Tumblr account with the caption, “Heading to work!” If her workplace is public knowledge, what would otherwise be a benign post about a person’s daily routine in any other industry becomes an implied advertisement for sexual services that would require the hosting site to gather her personal information and deliver it to the attorney general upon request. To add an additional level of government oversight to the financial lives of sex workers would be to subject all of their activity to more scrutiny and expose them to violence.

Teagen Presley was one such performer. She explained Chase’s unimpressive excuse to The Daily Beast in May: “When my husband spoke to their executive branch, they said my account was closed for being ‘high-risk’ and wouldn’t explain what that meant.” Though Chase is the most visible case so far, they are taking their marching orders from the Department of Justice’s “Operation Chokepoint,” an initiative that puts legal and financial pressure on institutions to shut down both legal and illegal sex work. It is more than likely that additional institutions will feel the pressure soon.

Even with the claim that the gathered personal data from these dubiously identified advertisements won’t be used for anything but prosecuting trafficking cases, it is difficult not to recall those “related crimes” that the SAVE Act purports to address and how such information will be gathered and exploited. Even the audaciousness of naming the initiative “Operation Chokepoint” speaks volumes of the government’s confidence that the public finds violence and surveillance directed at sex workers acceptable collateral damage.

While the broad range of content platforms that would be implicated if the SAVE Act passed make it unlikely to move ahead as it is, some clever rearrangement of legal language and constitutional defenses could be all that stands between sex workers’ lives and a government clearly intent on driving them further to the margins. It is at the margins where sex workers fall out of sight that they are most prone to experience the physical and institutional violence that the SAVE Act purports to combat. When and if the language of the SAVE Act is neutralized to only target sex workers against whom it is more socially acceptable to perpetuate violence, like workers performing illegal acts or operating outdoors, public outcry against the bill will likely slow down.

While a revised bill that doesn’t threaten the free speech and privacy of major content platforms might be a win for their First Amendment rights, it will be a tremendous loss for sex workers whose privacy, free speech, and personal safety are considered far less worthy of protection.