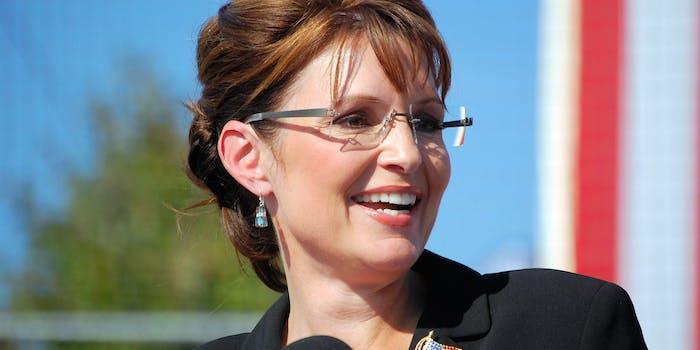 In the unlikely event that you feel like all you really need is more Sarah Palin in your life, the Alaskan Mama Grizzly is launching a subscription-only online news channel—but it’ll cost you almost 10 dollars a month for the privilege.

The Sarah Palin Channel is the latest brainchild of one-time Republican Presidential nominee Sarah Palin, and promises to “go beyond the soundbites and the media’s politically correct filter to get to the truth.” (The same media that has been happy to broadcast Palin’s every waking thought since her initial 2008 nomination.)

Access to the channel will cost Palin devotees $99.95 a year, or $9.95 a month—almost a dollar a month more than Netflix and its encyclopaedic on-demand TV library. But what do you get for that extra monthly dollar?

Well, for a start you get “a news channel that really is a lot more than news.”

“This is a community where we’ll be able to share ideas,” says Palin, “and discuss the issues of the day, and we’re going to find solutions.”

The former Alaskan governor promises that the channel will be a haven for those “tired of the media filters,” and that, “most importantly,” she wants the audience to “talk directly” to her.

Those who cough up the ten dollars monthly—four cents less than a Spotify subscription—will also be treated to “ideas that [Palin] think’s Washington doesn’t want you to hear,” as well as “some of the fun that goes on in the Palin household.”

The channel is part of the TAPP network, a self-described “collection of inch television channels” that connects “super-fans to the personalities they can’t get enough of.” Other TAPP channels include New Life TV, featuring American Christian author and radio host Steve Arterburn.

This is a win-win situation for both Palin supporters and detractors: Her fans will have a dedicated hub where they can go for everything Palin, whilst for those less enamoured with the Alaskan “hockey mom,” this might just mean that now she’s got her own channel, she won’t keep appearing on the real news.