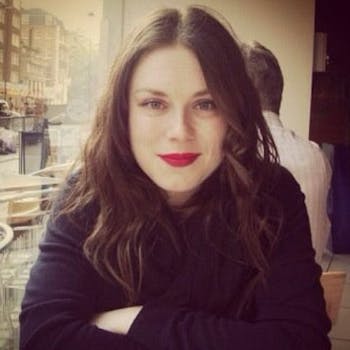 Your next job could be only a tweet away.

Job hunting can be difficult no matter which field you’re going into. When conventional means didn’t work for 23-year-old Sarah Douglas of Notting Hill, she turned to Twitter to expand her job search, the London Evening Standard reported.

“Dear Twitter, I am looking for a job. I’ve got great experience as a PA, editorial assistant, picture researcher & junior PR. Can anyone help?” she tweeted on Jun. 28.

Word spread quickly as 318 people retweeted Douglas’s message; some even tried using their connections to help Douglas get a job. Douglas had a dozen interviews set up by the end of the day, including one with Stuart McSorley, the chairman of BP2M Holding Group.

“I have a PA opportunity as mine is emigrating, London based in Bishopsgate with frequent overseas travel.. interested?” he tweeted at Douglas later that day. If Douglas gets the job she could make about £50,000 a year, a big leap from the “£18K” that Douglas hoped to make.

McSorley stated that he was impressed with Douglas’s approach to job-hunting.

“I have employed several people who have used Twitter as a conduit to announce they are looking for employment, it’s a very direct self marketing campaign,” he told the London Evening Standard.