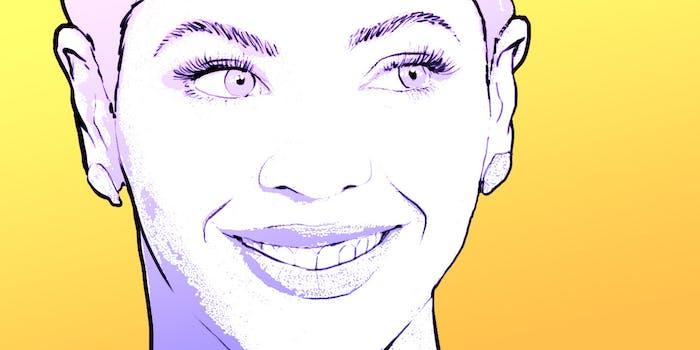 A federal suit may be Sandra Bland's last hope for justice—but it isn't enough.

Sandra Bland’s family is looking for answers—following the 28-year-old’s untimely and mysterious death in a Texas jail cell—and they believe a lawsuit is their last best hope. While they believe it’s “possible” Bland took her own life, the family filed a federal suit this week to help provide closure in the case that’s taken social media by storm.

When I see this advice about telling police our rights, I think of how #SandraBland died for doing just that. https://t.co/WT2s4LtT3f

However, they aren’t the first to pursue a civil case against a city’s police department after alleged racial profiling—and, alas, they likely won’t be the last. It is a troubling commentary on the American criminal court system that our civil courts, rather than criminal courts, are so often the last recourse through which victims of racial profiling can seek justice.

This particular trend has a long and tragic history. Earlier this year, the family of Eric Garner—who was killed by an NYPD officer using an illegal chokehold—filed a lawsuit that focused on the disciplinary history of the cop responsible for Garner’s death. (They settled for $5.9 million.) Meanwhile, the family of Michael Brown, who was gunned down by a police officer in Ferguson, Missouri last year, has filed a suit claiming that the city fostered a culture of racial hostility that culminated in the 18-year-old’s death.

Going back further, one can see lawsuits being effectively used in cases ranging from Rodney King, who was awarded $3.8 million after a video tape was released showing him being viciously beaten by members of the LAPD in 1991, to Amadou Diallo, whose family received $3 million after the NYPD in 1999 shot him to death despite the fact that he was unarmed.

In the case of Bland’s family, their wrongful death suit is focusing on the sheriff’s office of Waller County, Texas; the state trooper who made the stop; and the two jail guards who oversaw her jailhouse stay. Bland’s story made headlines after she was pulled over for switching lanes without signaling, arrested for being “combative and uncooperative,” and was later found dead after being left in her jail cell for several days from an alleged suicide. Whether or not she took her own life, Bland’s mother insisted during a press conference that “the bottom line is she never should have been inside the jail cell. Period.”

It is a troubling commentary on the American criminal court system that our civil courts, rather than criminal courts, are so often the last recourse through which victims of racial profiling can seek justice.

This lawsuit, like the many that have preceded it, is an attempt to get justice for those who were denied it through traditional criminal proceedings—and in many ways, our civil courts are ideally suited for doing that.

Whereas the criminal justice system demands that defendants be proven guilty “beyond a reasonable doubt,” civil cases only require that an offender or third party be found liable for the injuries sustained by a victim or his/her survivors as the result of a crime. Even if the jury voted “not guilty” during a criminal trial, the burden for a civil case is so much lesser (i.e., the plaintiff only needs to prove that there is a 51 percent or greater chance that the defendant was responsible for the wrongs inflicted) that those same defendants can still be held liable during a civil trial.

Unfortunately, using the civil rather than criminal justice system to do this can be expensive. According to an article by the Huffington Post in May, over the last decade or so successful lawsuits against city police departments have cost taxpayers hundreds of millions, including $36 million in Boston, $521 million in Chicago, $8.2 million in Cleveland, $6.6 million in Dallas, $12 million in Denver, $101 million in Los Angeles, $9.3 million in Minneapolis, $348 million in New York City, $40 million in Philadelphia, and $74 million in Oakland, Calif.

“In theory, the cost of these lawsuits—which are of course ultimately paid by taxpayers—are supposed to inspire better oversight, better government, and better policing,” wrote Radley Balko of the Washington Post. “I’m not sure how effective that is. I’ve seen little evidence that people generally vote on these issues, even in municipal elections. (The last mayoral race in New York may be one exception.)” As some pundits have pointed out, it would be far less expensive in many of these cities to simply subsidize body cameras for police officers.

In addition to the financial price tag, there is also a considerable social cost to the use of lawsuits instead of criminal cases against officers who racially profile. “In many instances, an attorney representing a police abuse victim will instruct him or her not to file a complaint with citizen review agencies or internal affairs units for fear of making a statement that may be unhelpful in pursuing the civil case or in defending the client if criminal charges are pending against him or her,” explains Human Rights Watch.

As a result, many of the strongest racial profiling cases are never investigated (either internally or by third-party government agencies) because no formal complaint was ever filed. The attorneys, though theoretically bound to provide their clients with the best overall legal advice, will frequently only give them the information that is most likely to help them win their civil case, regardless of its broader implications.

This brings us to the final major problem with the proliferation of civil lawsuits in racial profiling cases—namely, the fact that they do little to discourage corrupt officers from continuing to abuse their power in the future. After all, police officers who are found liable are rarely forced to pay anything themselves in the settlement (smaller departments are often insured and larger ones have funds set aside for exactly this situation) or suffer some kind of internal discipline for their misconduct.

There is also a considerable social cost to the use of lawsuits instead of criminal cases against officers who racially profile.

As a result, there is a lack of the kind of direct personal accountability that does exist for cops who actually face criminal charges for their actions. Indeed, because civil rights lawsuits are incredibly complicated to pursue, it is entirely possible that many cops who abuse their power will never be held accountable in any form.

That, to paraphrase Bland’s mother, is truly the bottom line here. If Americans truly want to put a stop to racial profiling, they will work for a justice system that demands full accountability for its police officers. The goal here isn’t to demonize our law enforcement personnel, but rather to make sure that only the men and women who use their power responsibly can continue to wield it.

So long as our court system continues to allow the individual cops who violate the civil rights of non-white Americans off the hook—first by failing to convict them in criminal court and then by forcing taxpayers to foot the bill in civil cases—there is no reason to believe that the bad apples will be removed from the cart or forced to change.

Photo via Dorret/Flickr (C BY 2.0) | Remix by Max Fleishman