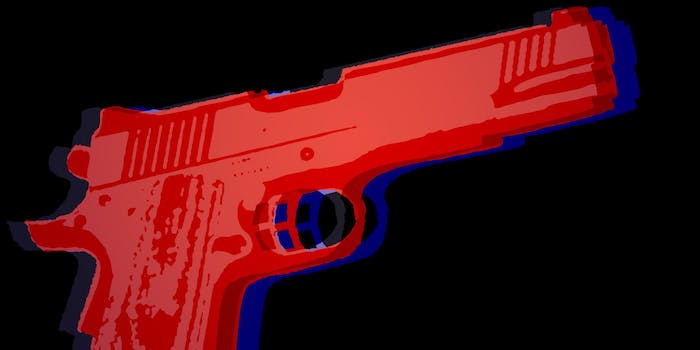 ‘Thoughts and prayers’ won’t stop the next mass shooting

We’re approaching a tipping point when it comes to gun violence in America.

In San Bernardino, California, on Wednesday, our nation suffered its 355th mass shooting in 336 days. The nature and frequency of these tragedies this year has shocked even the most jaded observers, with acts of violence unfolding in places central to our community life. Mass shootings have claimed the lives of students, moviegoers, worshippers at bible study, journalists on live TV, and, less than a week ago, an Iraq War veteran who survived deployment to a combat zone only to be gunned down at a Planned Parenthood in Colorado Springs. Although the contexts differ, and we don’t yet know all the details behind this latest shooting, one common theme runs through all these tragedies: our laws make it appallingly easy for dangerous individuals to get a gun to act out anger, or racism or fanatical beliefs. 322 Americans are shot every day, more than 117,000 per year. This steady drumbeat of violence and tragedy is inconsistent with our nation’s great accomplishments. We can’t let it become our new normal.

Whenever a tragedy strikes, people, including many of our leaders, express their sympathy through statements, tweets, Facebook posts, and more. But as the president said after the mass shooting at Umpqua Community College in Roseburg, Oregon, this October, our thoughts and prayers are not enough now:

“It does not capture the heartache and grief and anger that we should feel. And it does nothing to prevent this carnage from being inflicted someplace else in America—next week, or a couple of months from now.”

Over 90 percent of Americans support closing the loophole that allows felons, domestic abusers and the dangerously mentally ill to buy guns without a background check.

Action is needed. We are collectively answerable to the victims of gun violence and to an ever-growing community of grieving family members for the policies our leaders enact, or fail to enact, to protect our communities. We need to do more than just tweet sympathy—we need to force our leaders to pass the smart gun laws that the research has proven again and again save lives.

Polls have repeatedly shown that the American public is in broad agreement about what must be done to prevent gun violence. Over 90 percent of Americans support closing the loophole that allows felons, domestic abusers and the dangerously mentally ill to buy guns without a background check. Yet, thanks to pressure from the gun lobby, Congress has failed to act.

The public has been rightly frustrated by Congress’s abject failure to lead on this issue, but activity at the state and local level tells a very different story, with the gun violence prevention movement generating significant positive momentum and legislative accomplishments. As a result of these efforts, 39 states have passed 117 new gun safety laws in the three years since the massacre at Sandy Hook Elementary School, enacting smart, lifesaving reforms to prevent guns from falling into dangerous hands and to protect communities from violence.

Eighteen states now have a background check requirement at some point prior to the sale of a firearm and next year there will be ballot initiatives to adopt this reform in at least two more. Almost 20 states have enacted new laws to keep guns away from domestic abusers. And efforts to roll back smart gun laws are being defeated across the country. Earlier this year, when the gun lobby tried to repeal the background check requirements in Iowa and North Carolina, the public fought back and protected the progress those states have made. State legislation backed by the gun lobby, such as proposals to allow guns on college campuses, failed in the vast majority of the states where they were introduced. This is just the legislative side of the coin—when it comes to litigation, in the past eight years, gun lobby lawsuits challenging existing gun laws have been defeated 93 percent of the time. (Learn more about these victories at http://smartgunlaws.org/trendwatch)

We’re approaching a tipping point when it comes to gun violence in America. People have had enough. It’s time to turn our thoughts and prayers into action.

State legislative cycles are about to begin. If all the tweets expressing condolences were instead directed at state lawmakers, demanding better gun laws, insisting that our leaders stand up to the gun lobby and fight for the smart gun laws that their constituents overwhelmingly support, we could see new laws on the books in a matter of weeks, saving countless lives from shootings like the ones that have torn our communities apart this year.