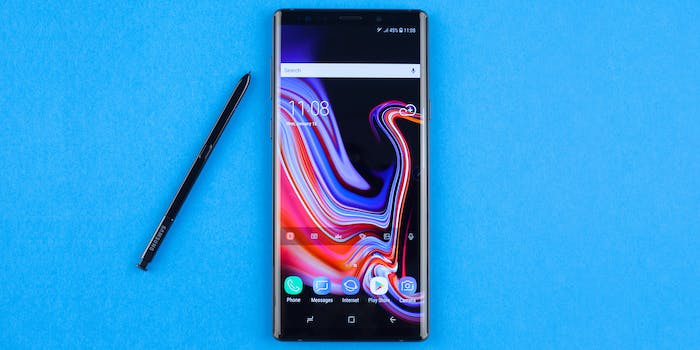 Samsung caught tweeting with an iPhone

YouTuber Marques Brownlee, also known as MKBHD, is not just the “best technology reviewer on the planet,” as Business Insider calls him. He’s the self-proclaimed Twitter police, too, and recently noticed that Samsung Mobile Nigeria’s Twitter was tweeting with an Apple iPhone.

The image shared by MKBHD on his Twitter caught the social media staff of Samsung Nigeria promoting the company’s Galaxy Note 9 with the Twitter for iPhone app. The company responded by quickly deleting the account altogether, according to MKBHD, though it’s back online.

Well that's one way of dealing with it 😭 pic.twitter.com/9rDrqMwqlm

Twitter analyst Luca Hammer found out in his investigation that more than 10 percent (331) of Samsung Nigeria’s tweets used an iPhone for updates. The controversial tweet he flagged has been deleted.

BBC News reports that Russian celebrity Ksenia Sobchak was sued for $1.6 million for breach of contract when caught on TV using an iPhone X. Celebrities gaffing some sponsored content is one thing, but the brand shouldn’t indirectly endorse the competition.