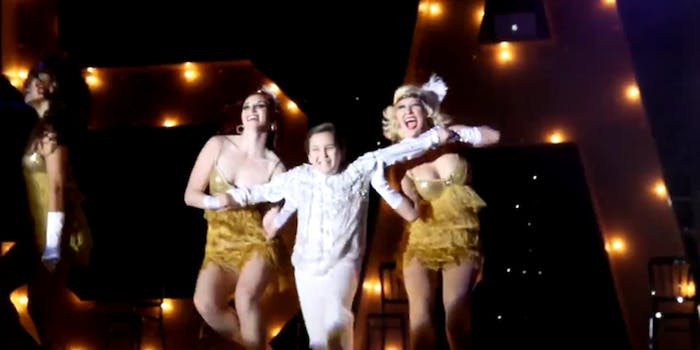 Stop everything and watch this kid’s choreographed bar mitzvah dance

And yes, this was just his opening number.

Bar mitzvahs have become productions now, not just parties. For his 13th birthday and entrance into manhood, Sam Horowitz decided he needed to go big or go home, and created a choreographed dance number that puts other choreographed bar mitzvah dance numbers to shame.

This amazing footage was captured at Dallas’s Omni Hotel last November, when Horowitz turned 13, but it is just making the Internet rounds now. So many things: The reveal, the use of Christina Aguilera’s “Show Me How You Burlesque,” which of course segues into Jennifer Lopez’s “Dance Again.” Horowitz’s three finger points towards the end. Yes, that was just the opening number.